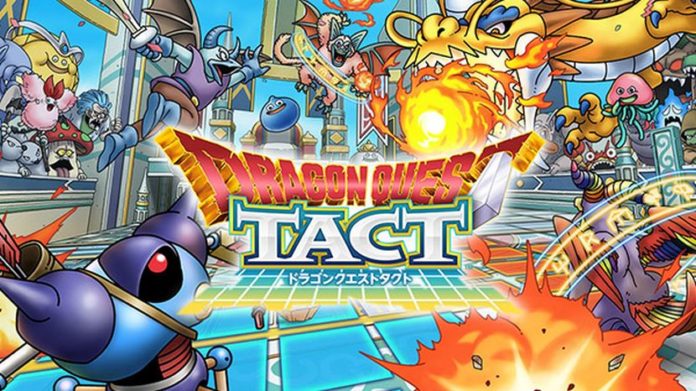 The Dragon Quest series has only recently started to get some traction in the West, but it has always been among the most popular gaming series in Japan, spawning a huge amount of spin-off titles, including a lot of mobile games. Another one of these games, called Dragon Quest Tact, has been announced today.

Dragon Quest Tact is a tactical RPG based on the series which will be released on iOS and Android in Japan this year. The game will come with many of the features fans love in the series, and quality promises to be high, as Yuji Horii, Akira Toriyama, and Koichi Sugiyama will contribute to the game as they did in all other entries in the series.

Being a tactical RPG, players will have to move their units around grid-based battlefields, and once these units are close to the enemy, they will engage them in battle.

As the game will launch as a free to play game, Dragon Quest Tact will feature gacha mechanics and a lot of different monsters to collect and customize.

Dragon Quest Tact has only been announced for the Japanese market so far. Square Enix is finally bringing Dragon Quest of the Stars West, so it may take some time to see this game get released in English. Still, given the newfound popularity of the series, Square Enix may consider support two games at the same time, something the publisher has done for the Final Fantasy mobile games in the past.