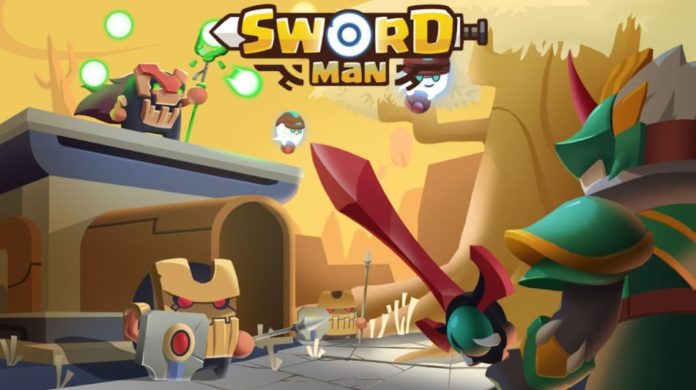 In today’s article we are going to share with you all of our Swordman: Reforged tips and cheats to help you kill all the enemies you will encounter and collect tons of rewards to help you get more powerful!

By now it’s impossible that you haven’t heard of the Mario game. Well, you could say that this game is pretty similar to that one! It’s an incredibly cute platformer where you will have to defeat cute little monsters while collecting coins and other lootable stuff.

Our game guide today is going to tell you everything that you need to know about the game and we will also share our Swordman: Reforged tips and tricks! So, let’s get right into it, shall we? 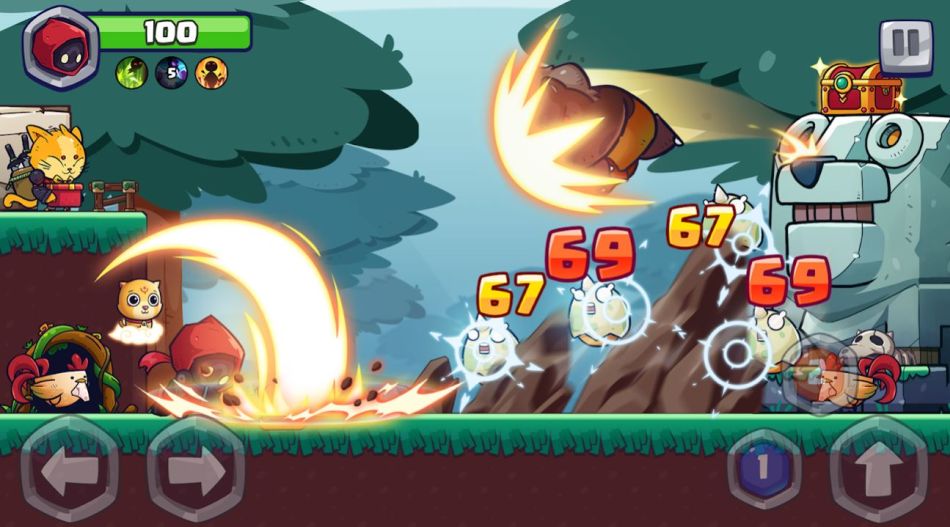 Destroy everything that you encounter!

From boxes to vases and monsters, don’t spare a thing! You will be able to destroy everything that you encounter – and you should! By destroying all of these you can get more loot, coins and other cool stuff.

I suggest that you always keep an eye out for those wooden boxes, vases and other items that look a little breakable. It will be much easier to spot them if you take things easy at start, and get used to the environment.

When you walk around, start swinging your weapon around and check if anything in the surroundings is moving. If anything starts shaking, it means it’s destroyable! So… what are you waiting for? Get out there are break everything that you see! 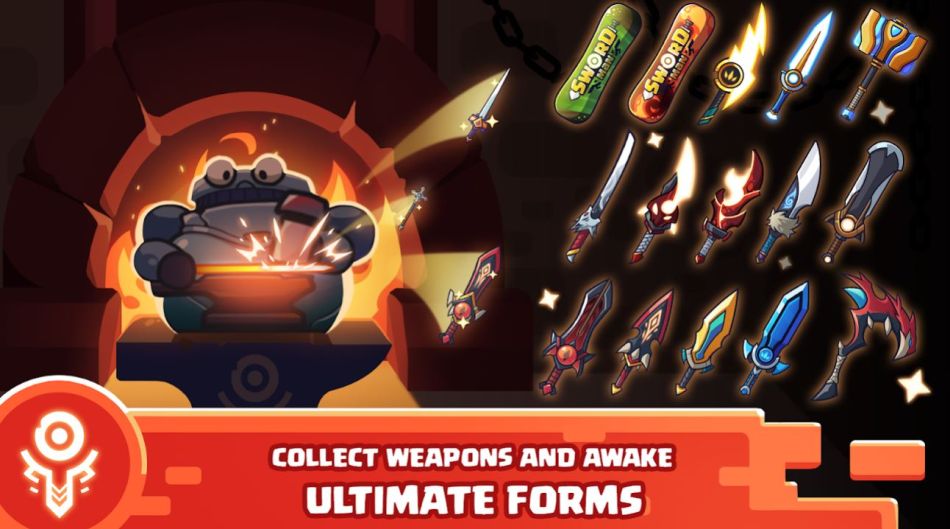 Stop at the weird NPC for extra rewards

Once in a while you will notice a random NPC hanging around in the stage you are at. Once you walk right past it, it’s going to offer you some coins and rewards in exchange for watching a short advertisement.

If you don’t mind the wait (which is not big at all – at most 30 seconds) you should definitely take the opportunity to watch all the ads that it offers you because you won’t regret it! Once you claimed the rewards, the NPC will disappear from that stage – you can meet it in a future stage again!

Watch out for the hidden passageways!

Just like I mentioned in the intro – this game is a lot like Mario! It has secret passages running through the stages where you can find various rewards, but are also dangerous! I suggest that you always keep an eye out for them and in case you spot one (because there are secrets in every stage) go loot it! 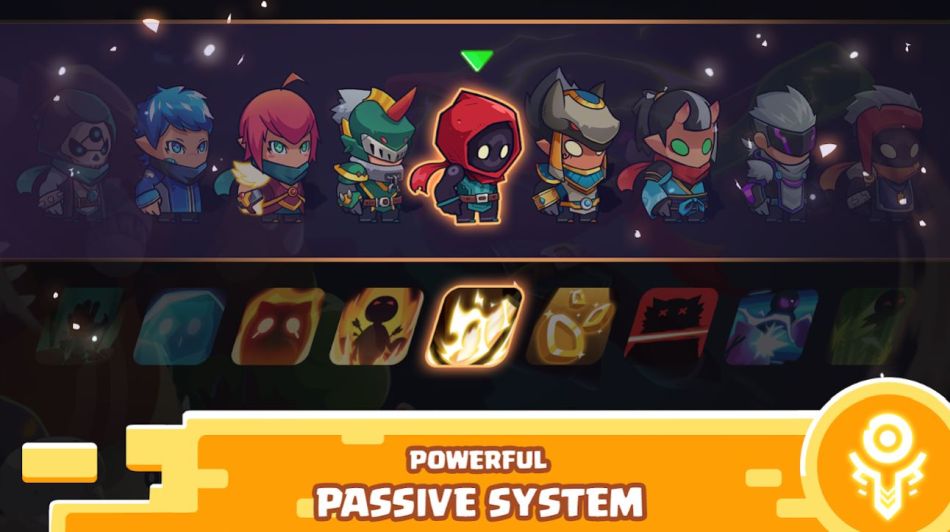 When I discovered these I felt like the game got a whole new dimension to me! It’s much more fun and exciting because it is also a little bit unexpected and challenging. So I definitely suggest that you go explore all of the corners!

Head on to the Store and open the chests

In the Store interface you will see an option where you can buy several types of chests. Each one of them has different rewards, and the more expensive the chest, the better the rewards!

I would suggest that you open the free one every time that it is available, because you will receive free materials! That’s always super useful, now and in the end game!

Got bored with your character? Swap it!

You can buy new characters in case you got bored with your old one, but it is a tad bit expensive. Well, from 40k coins to 52k coins to be more precise! Other than the free default character that you have, you can choose between 8 more, each better looking than the last! 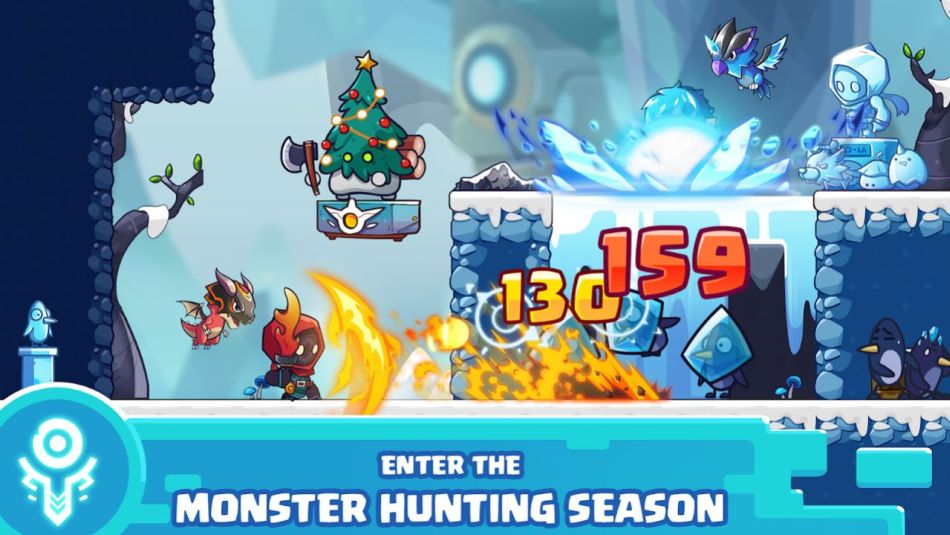 You can buy them either with pure in game currency (gold / coins) or with Gems, but it’s not one hundred percent necessary. If you choose to buy the new character with in game currency, it’s the best in my opinion because you get them for simply playing, so it’s definitely worth it!

There are three characters that I like the most (Sorah, Skull and Ice Yuuki), but it is going to take quite some time and dedication to unlock all of them, so it’s most likely that I will only stick to one of them: Skull. After getting that one, I will probably focus on getting Ice Yuuki and that’s about it!

Collect daily rewards to get tons of coins and gems

Like in many other games, this one too has some cool rewards that you can collect for simply logging in to the game on a new day. There are 28 different rewards, each increasingly better than the last one.

I really suggest that you log in to collect it, even if you don’t have plans of playing the game that particular day. It will be worth it (trust me!) and you will thank yourself for doing this later when you will log in the game to play! 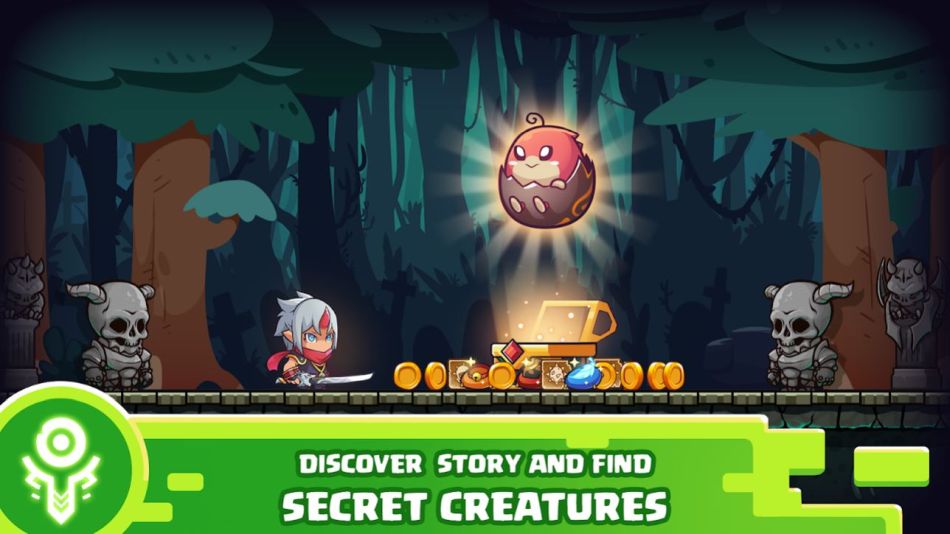 You will notice that some of the enemies can throw projectiles at you. While the game doesn’t have super complicated mechanics and neck bending game play, it’s all simple. Jump over the enemy attacks to avoid them!

It’s that simple, yet that effective too! I suggest that you always do this because else you will end up losing more and more life whenever you take a new hit.

Use a ranged weapon and cheat your way up!

Since some of the enemies are a little difficult to get to, if you want to kill them but don’t want to lose HP (and rightfully so) you should use the starting weapon: the boomerang. If you are more advanced, you can use another ranged weapon. Just keep it mind that it has to be ranged! 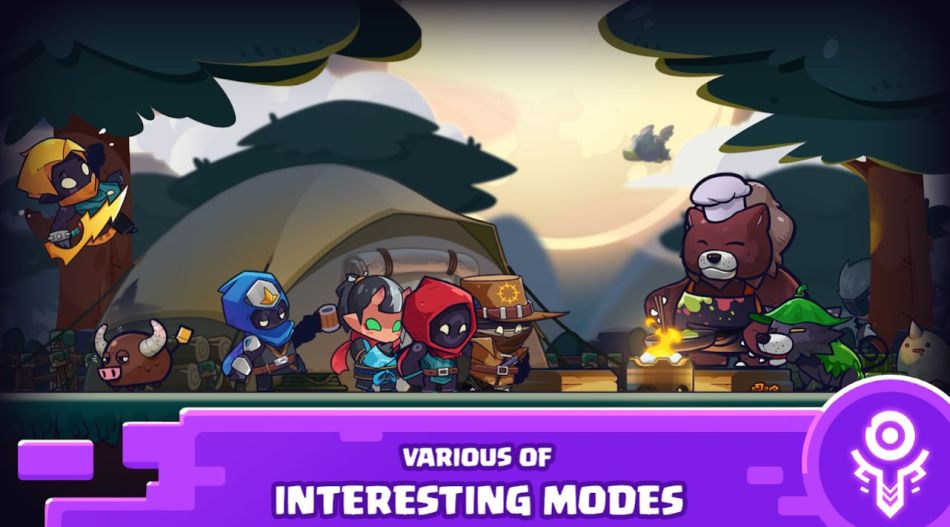 The trick here is to jump and attack while you are in the air with the secondary weapon. It will launch the attack towards the enemy while you are standing back at a safe distance. This will take a little time, maybe more time than normally, but you should do it because it’s safe!

Don’t cut your own wings (metaphorically)

Some of the platforms will have boxes to help you get up there where it is needed! But, if you remember what I mentioned earlier, you should destroy all of the boxes and chests and whatnot that you encounter, because they will most likely contain goodies!

Well, you need to be careful when doing this, because if you destroy some of the boxes which are needed to access a higher platform, you might have to well start over from the beginning!

These would be all of our Swordman: Reforged tips and tricks that we have for you right now! If you have some more cool tips and suggestions, share them with us down in the comments section below!