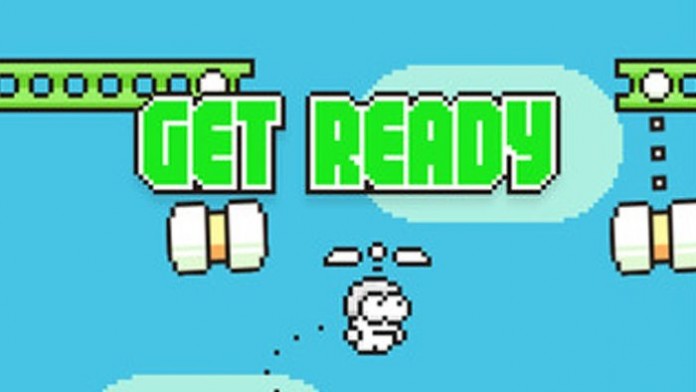 When you thought that no game can be more difficult than Flappy Bird, Swing Copters launches and proves that you’re a worthless, skill-less player. At least that’s how it made me feel during the first 30 minutes of gameplay, when I barely managed to score 2 points. 2! But I kept playing for a few hours and I am here to share with you my Swing Copters cheats and tips for a better high score. Because you can actually get to 10 points and more – you just have to be patient, and I will show you how to do it.

So here are Touch Tap Play’s Swing Copters tips and tricks to get better score and remain sane at the same time!

2. Find your rhythm
Swing Copters is much about finding a rhythm and sticking to it. Every time you tap the screen, you change the direction of movement of your character. You really need to find a rhythm and stick to it, otherwise you will lose control. A longer tap and it’s gone. Tap too fast and you will have the guy move into the opposite direction.

3. Ignore the hammers
I ended up understanding that the swinging hammers can’t be avoided. Things move too fast and the character is too unstable to have the time to actually notice that you’re going to hit a hammer and perform the right move to avoid it. It’s humanly impossible. Therefore, ignore the hammers and just focus on getting your guy through the middle of the opening. That is your main goal.

5. Use two fingers
A great trick that helps your mind and body is to use two fingers to control the guy: one to the left and one to the right side of the screen and “assign” each finger to a direction change, so that always when you tap with your left finger, the character moves left and when you tap the right finger, it goes right. When launching, in my case, the character always goes right, so the first time I tap with my left finger. Eventually, you will get the complete control over the direction and you will find it a lot easier to control the guy.

6. Fast vs Slow tapping
I have had the most success with the quick tapping of the screen in Swing Copters, but this only works well if you use two fingers and you don’t skip a beat. Otherwise, you will never know what direction the character will go when you do a long tap and that can prove to be fatal. So it’s better to start slower until you get the hang of the controls and how the game works, then go faster and faster until you can find the perfect rhythm and keep it up.

7. Take breaks often
During my first 19 minutes of gameplay, while I recorded the gameplay video you can check out below, my blood was boiling ans I was close to losing my mind. Of course, this didn’t help me get better at the game, and it won’t help you either. So take breaks often and calm down. If you are angry when you play the game, you’re ready for enraging failure and nothing else. Play the game when you are calm and well rested.

Now you can laugh at me being unable to play this little game in the video below:

And these would be my Swing Copters tips and tricks to help you get a better score. If you have other suggestions, don’t hesitate to let us all know by commenting below! And yes, you can brag with your high score too! 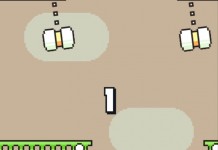