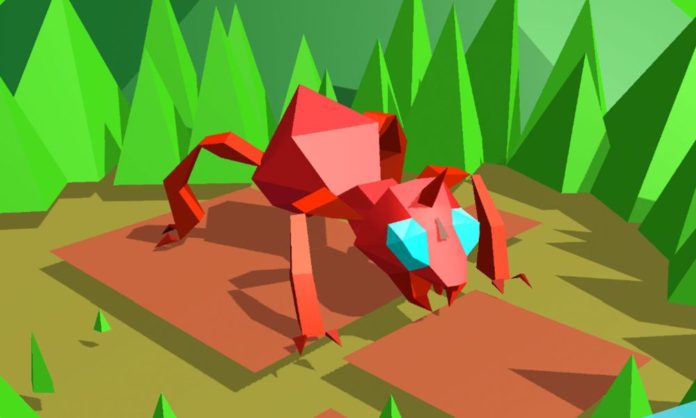 Originally released for PC, Swarm Simulator made it to mobile and now we can have a swarm of bugs in our pocket, growing with every second that passes, no matter if we’re playing the game or not. And we’re here to help you reach incredible numbers by sharing a bunch of Swarm Simulator cheats and tips for the mobile game in today’s article.

It is true, this is one of the most straightforward incremental games that we’ve played in a long time, but this still doesn’t mean that you can’t find some of our tips and tricks useful. There’s nothing truly groundbreaking here, unfortunately, but every little bit helps when it comes to growing your swarm.

So let’s not waste a single second and instead let’s check out below our Swarm Simulator tips and tricks for the iOS and Android game!

How to upgrade for optimal results
Upgrading the right way saves you a lot of time and frustration and ensures that your production goes at an optimal speed no matter what. And since there are many things to consider when upgrading your various elements in the game, you might be a bit confused about this.

As you probably know by now, each higher level upgrade will consume some (usually A LOT) of the unit type before that, usually resulting in less production for a short period of time. This is how I do it in order to minimize losses and keep production running at optimum speed:

First, I set my purchase amount to a custom amount: 75%. You can and should do the same by tapping the Buy quantity button in the lower left corner of the screen. There you can set it to 70% or even 65% if you want to play it safer. This way, you know that whenever you buy a higher level unit, you won’t completely drain your previous unit types. 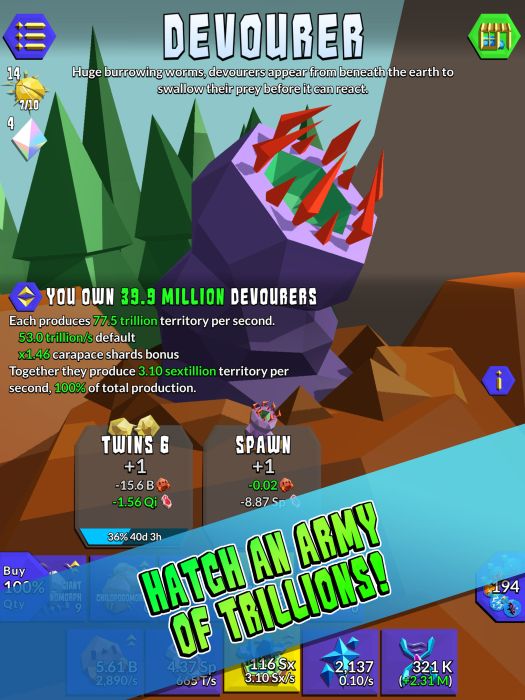 Next, go purchasing and always start with the lowest unit you can get, moving one way up. For example, when it comes to the meat producers, always start with drones, then move to Queens, Nest, Greater Queen and so on. After purchasing the final unit that you have unlocked, do the same moving backwards. This is, in my opinion, the optimum way for dealing with upgrades.

Twins vs Faster
Twins reduces the amount of resources needed for upgrading the unit you’re getting the upgrade for while Faster makes the existing units produce twice as many resources. I recommend to get the Twins upgrades first – and do that BEFORE purchasing more units of that type in order to immediately take advantage of the boosts it offers.

Double your away earnings
Whenever you are away for a longer period of time, you have the chance of doubling your away earnings by watching a video ad. This is, in my opinion, a must do thing especially after the night break which usually results in huge earnings.

Spend those crystals (wisely)
You collect Crystals from the Golden bugs and for completing in-game achievements and you should spend them in order to get the most out of the game.

One important thing to spend your Crystals early on is raising the Energy Cap. I think that Thawing is completely useless because you are in no hurry to get the energy and long term bonuses are better than instant gratification. You can also buy Elixirs for Crystals in the shop and that is a good idea every now and then if you want a nice boost to your production. Ideally, get those Elixirs after buying some Alchemy upgrades from the Golden Bugs. 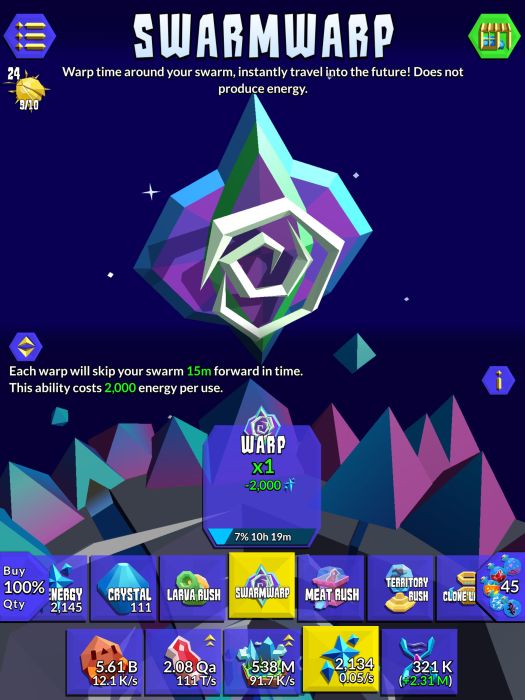 Catch those Golden Bugs!
I’ve been talking about these a lot and I guess that’s pretty much obvious by now: you have to catch those golden bugs every day and get to the 10 you need for purchasing a new upgrade. They will also give you various goodies when you catch them, from crystals to much better things like Shards and more.

For each 10 Golden Bugs you capture, you gain a level in one of the 4 different categories in the game:

– Alchemy (increases the duration of Elixirs by 10%)
– Entomologist (Increases the hatched bugs number by 20%)
– Scarab King (More golden bugs appear in Swarm Simulator each day)
– Chronomancy (increases the away time duration, resulting in better gains when taking longer breaks from the game)

Depending on what type of game you play and how many times you log in each day, you should focus on either Entomologist or Scarab King first, then slowly work your way to the last two for maximizing your bonuses and gains.

These would be, for now, everything that we have to share in terms of strategy for Swarm Simulator. But if you have additional tips and tricks, don’t hesitate to let us and our readers know by sharing them in the comment section below.