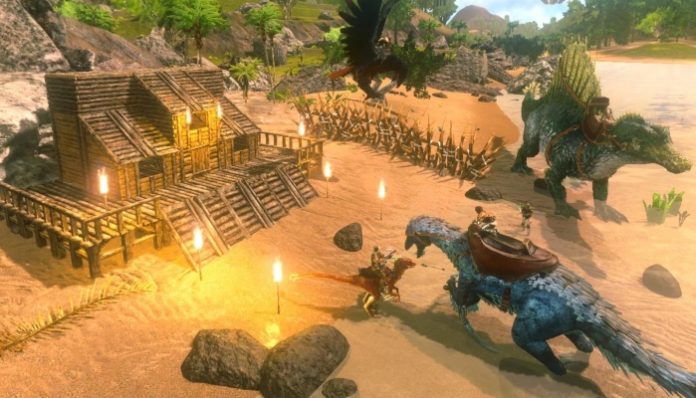 One of the biggest games that defined the survival genre is finally here on mobile! The dinosaur-themed survival experience ARK: Survival Evolved officially launches today on mobile.

ARK: Survival Evolved is a full port of the original PC game, with little to no cuts or limitations. With that said, expect to experience some issues if you’re not the owner of a newer device. For iOS, officially supported devices include the iPhone 7 and above. For Android devices, you’ll need a device with at least 3 GB of RAM and up-to-date Vulkan support. 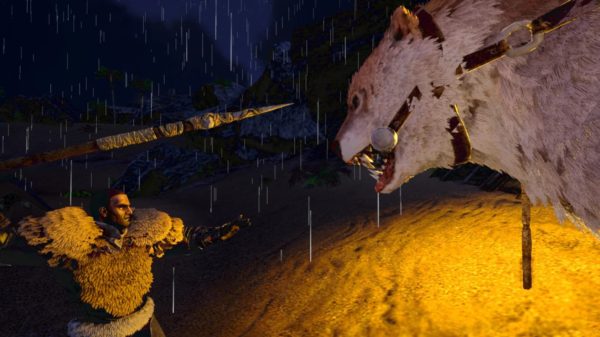 Again, this is an almost 100% faithful port of the original game which is quite the feat. Featuring full HD graphics and a beautiful world to explore, ARK: Survival Evolved is one of the biggest games to come to mobile.

You play as a human who wakes up on a strange island. With no recollection of the events before, you must fight to survive, as there are tons of hungry dinosaurs who are looking to make you their next meal!

Gather materials from the land, craft new tools and weapons, and finally build your own little place that you can call home. You’ll need shelter if you want to survive, so crafting is a big part of the experience. As you craft and fight, you’ll gain experience and level up. You can learn new crafting recipes as you level, so keep building! 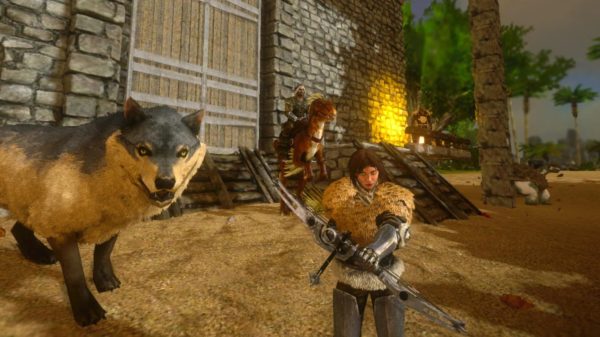 Once you’re equipped, you can try taking down a dinosaur, or better yet – make them your ally! With over 80 dinosaurs to fight and interact with, you’ll have no trouble finding your favorites. With the correct food and a good attitude, soon that fierce raptor will become your closest battle companion.

ARK: Survival Evolved features both a single-player and multi-player mode. Play online with other players to group up and conquer the jurassic wilderness together… or become enemies and fight each to see who is the stronger survivor.

The game is free to play, but it offers something called a “Primal Pass” subscription. Subscribing removes all in-game ads, grants you double experience points, and gives you access to preferred servers and slots.

ARK: Survival Evolved is officially out and ready to be tamed, so grab it now from the iOS App Store and Google Play Store.