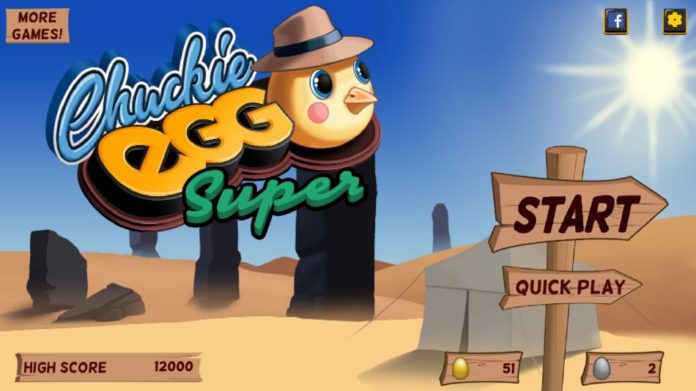 Super Chuckie Egg has a pedigree that’s longer than almost any mobile game out there. The original Chuckie Egg came out way back in 1983, in what might as well have been the Jurassic era for video games.

Harry, its protagonist, has come a long way since then, and his latest adventure delivers with a simple-to-learn, hard-to-master set of 36 levels based on the four seasons of the year.

There’s nothing too complicated about the gameplay in Super Chuckie Egg. Harry runs left or right with a slide of your thumb anywhere on the left side of the screen. A dedicated jump button sits on the opposite side, and that’s all you need to move Harry about. 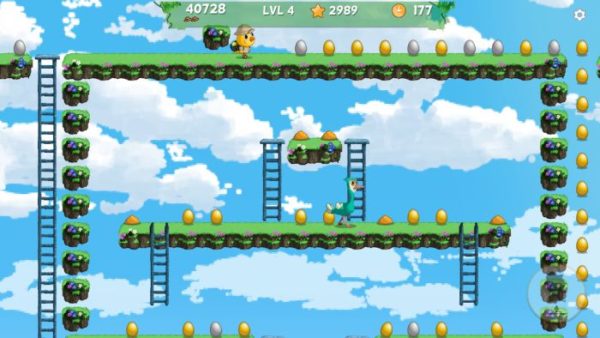 While it might have been nice if there were a few more moves or power-ups, the basics are blissfully simple and suitable for gamers of all ages.

The goal is the same for each level: you’re in a race against the clock to find all the golden eggs. There’s also a bonus timer that awards extra points if you finish a stage quickly enough, so high score-chasers have an extra incentive to shoot for. Conveniently placed bird seed very briefly halts the clock, which comes in handy.

But while the goal may be straightforward, not every level is a stroll in the barnyard. Many maps have areas that are tricky to reach, especially given Harry’s very limited moveset, and these require you to backtrack over areas you’ve already traversed or fall down to platforms you might have skipped first time.

There are also ostriches, apparently sent by Harry’s archenemy Bertha, that patrol various areas and can even climb ladders — something we’ve never seen an ostrich do in real life. One touch from an ostrich is insta-death, and Harry only has three lives to give in pursuit of golden eggs. 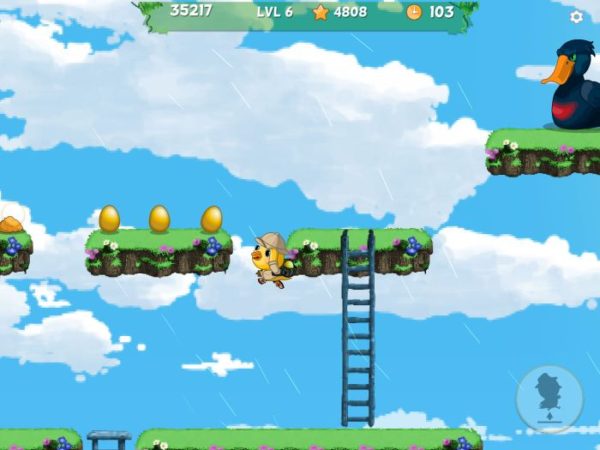 Super Chuckie Egg also has a secondary “currency” in the form of silver eggs, which appear in every level. You can use silver eggs to buy extra lives, or even complete full levels if you have enough, so there’s an element of risk/reward in going out of your way to get them.

Though the levels themselves are arranged in rows of escalating difficulty, you can also put yourself to the test by choosing Quick Play, which will select a level you haven’t already cleared at random. 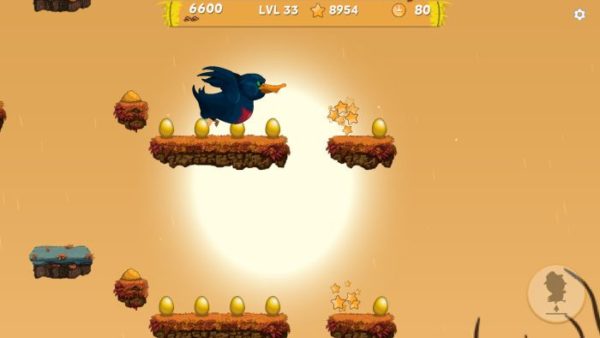 Perhaps the only aspect of the game that seems a little unfair at times is the fact that it’s not always clear where the golden eggs are. That and the tight camera view can mean you blunder blindly to your doom on occasion, even though the controls are tight enough that they won’t cause you to make unforced errors.

But you’re unlikely to stew for long because Super Chuckie Egg is such a pleasant experience overall, from the seasonal touches to the background animations to the perpetually cheerful Harry himself. 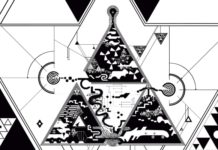 Shift Through a Black and White World in OVIVO