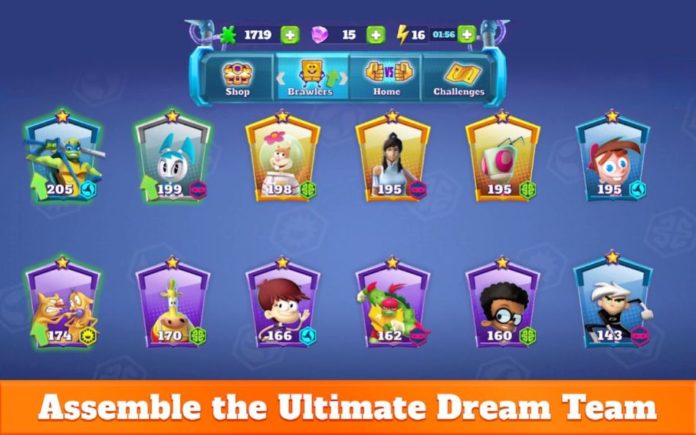 In today’s article we will feature the Super Brawl Universe tips and cheats to help you win all the fights and deal with every opponent you might face. If you have played this type of games before, you will find similarities in terms of movements (especially those special moves) and if you got some experience, you could easily become the best brawler.

In this game you will have several characters from Nickelodeon to play with (or to play as), from Catdog to Angelica Pickles and even SpongeBob SquarePants. You will have up constantly upgrade them and fight other players all around the world in order to become the best. 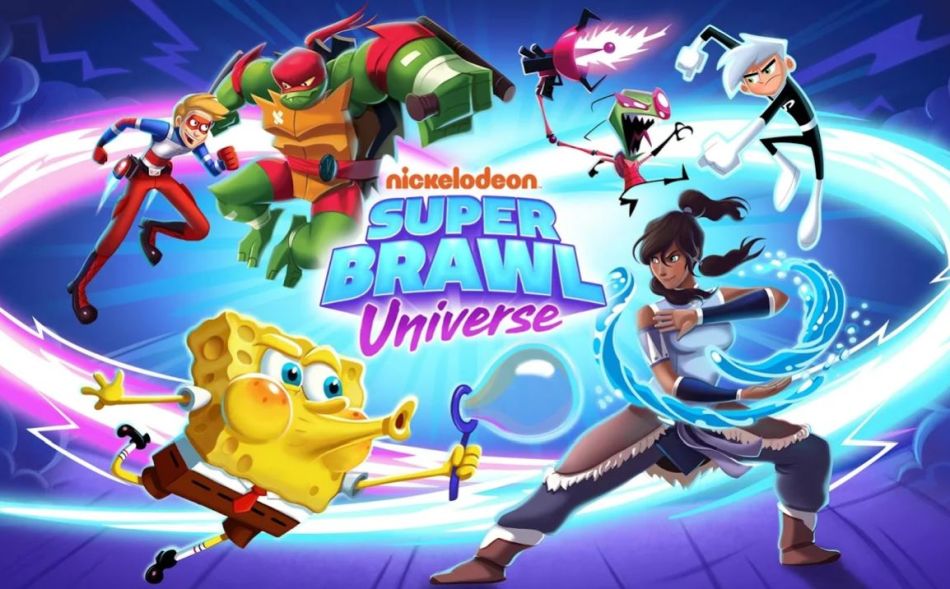 So, are you ready for a good brawl? Good! Then let’s dive right into the Super Brawl Universe tips and tricks right here below!

First and foremost you need to learn the special movements and know when and how to use them for the utmost advantage. There aren’t a whole lot, but the ones that exist are important if you want to make it to the top 3 players!

– Light Attack: tap continuously on the right side of the screen.

– Medium Attack: swipe right on the right side of the screen.

– Heavy Attack: press and hold on the right side of the screen, then release to send the attack.

– Blocking: tap and hold on the left side of the screen.

– Dodging: swipe left on the left side of the screen.

– Special Attack: fill up the meter on the left side of the screen and once it’s full, press it.

There are some good players and bad players – most of the time you will get randomly matched with another player, so never lower your defenses because you never know if that specific opponent knows how to play or not. Always stay on guard and ready to block incoming attacks. 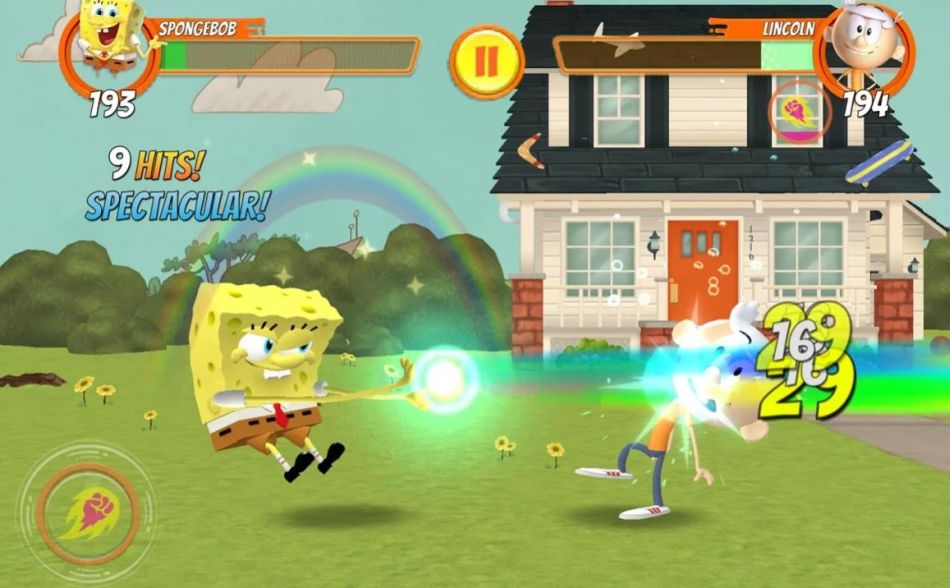 Learn the weaknesses of each opponent

You can clearly see all the brawlers available in the game at the moment when you go to the Brawlers tab. Once you start collecting them, fight with each and every one of them to learn which are their strong points as well as the weak points.

Always try to take advantage of the weak points of a brawler used by an opponent in order to win the fight more easily. Also, whenever you see them blocking (which should be 85% of the time) you should break the block; they will never expect you to know what to do, so always try to use this to your advantage.

Don’t give up no matter how tough an opponent seems

When you get matched against an opponent, you will see their score under their hero’s avatar. There, you will see the difference between yours and theirs. Even if you have let’s say 200 points and the enemy has 350, you can still win.

It all depends on the small details, such as blocking, breaking the blocks and attacking at the right times. Try to always stay positive and determined to win, because every situation can turn around in your favor! Just seize the opportunity and take it! 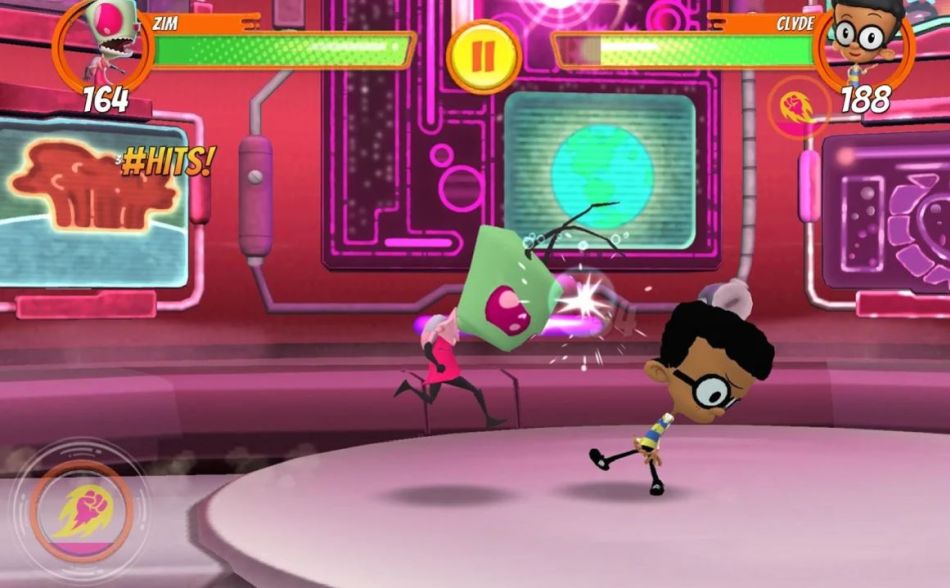 Fight in Brawlville until you reach Arena 2

Keep on fighting in Brawlville until you reach the Arena 2 stage. Once you have reached the Arena 2, you will unlock Challenges which let you earn even greater rewards. It’s not tough fighting up to Arena 2, so be persistent and keep that determination up: look at this like a training.

Try out different brawlers and learn each of their moves while you fight here, because that way you will be able to deal with upcoming enemies and their brawlers of choice much easier.

Open the chests when you get them

You will receive chests several times during a day, and after fighting. After each 3v3 fight you will receive a chest, and I suggest that you open them as soon as you get them. The chests take time to open, depending on their quality.

Since there are only 4 slots available, you should wait in between chests to be opened because that way you will not lose any possible upcoming chest rewards.

Level up your brawlers

To level up your brawlers just head on to the top side of the screen and tap on the SpongeBob button. There you will see the collection of brawlers you’ve acquired so far, and the ones on your team. 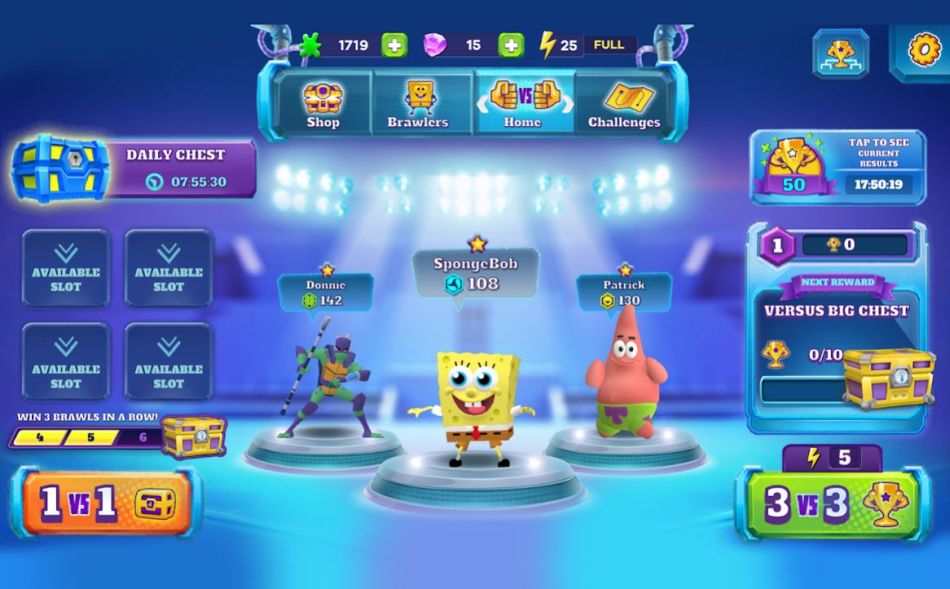 Tap on the character you want and once you have collected enough fragments of that specific character you will be able to upgrade it. You will however need more and more Slime and Character Cards with each level, so that’s why you need to open those chests as much as possible.

Once you have maxed out your characters, you can upgrade them even more! By using quite an insane amount of Slime and a couple of Rank Up Materials you will increase the maximum level of that character.

Keep doing this as often as you can, because the more you fight, the tougher the opponents will get – so you will need a way to destroy them before they destroy you!

There are 4 classes of fighters in Super Brawl Universe, and each of them has their own color. You can see them for each brawler in the bottom right corner of their Character Card, and when you are fighting you should use this to your advantage – especially in the 1v1 fights. 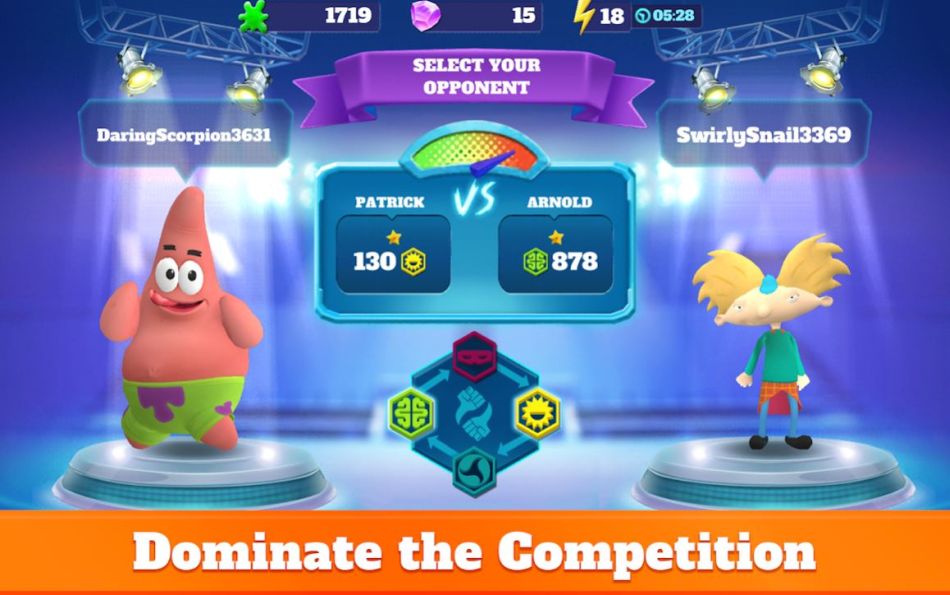 – Red is strong against Yellow, but weak against Green.

– Yellow is strong against Blue, but weak against Red.

– Blue is strong against Green, but weak against Yellow.

– Green is strong against Red, but weak against Blue.

Score high in the Trophy Rush

If you are a competitive person, then this is for you! The more stages you complete, and the more fights you fight you will earn Trophies. There is a ranking (a Worldwide one actually) which shows you how many trophies people have gathered thus far, and you’re there too!

Even if you aren’t in the top 10 (yet) you will earn good rewards starting with 20th place. These rewards are given out at the end of the season (in the bottom side of the screen it shows you how much time left of the current season) and they can be quite good! 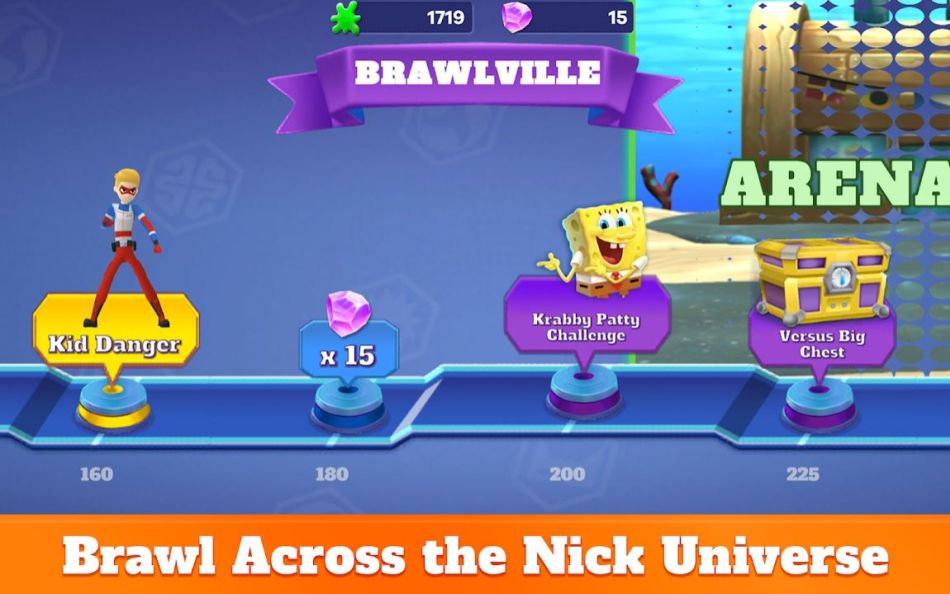 I would suggest that you play constantly and earn those trophies, because especially the first 2 places give amazing rewards (chests)!

These would be all of our Super Brawl Universe tips and tricks that we have for you right now! If you know some other cool tips and battle strategies, leave them down in the comments below to be shared with all of us!