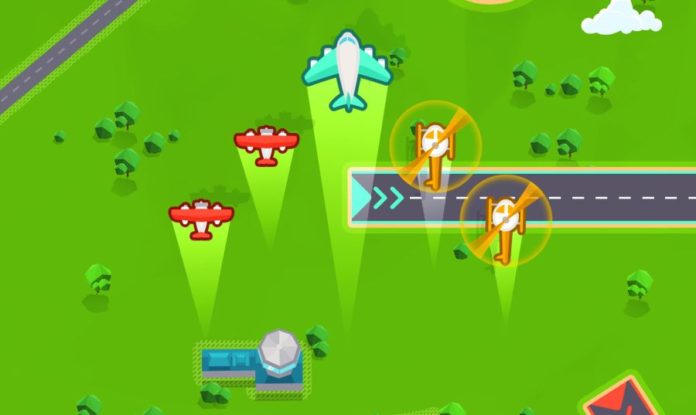 Super AirTraffic Control is a brand new game for mobile that challenges your attention skills to the max. Your goal is to land planes, while making sure they don’t crash one into another and if you’ve played the game already, you know how difficult that can be.

But worry not, as we’re here to help and give you some great pointers with our Super Air Traffic Control cheats and tips: a complete strategy guide that will tell you what to do in order to master all levels and land those planes safely.

So let’s not waste a single second and instead let’s check out some Super AirTraffic Control tips and tricks below.

Draw S-shaped lines
On many occasions, you will have to win some extra time and keep those planes in the air as far away as possible from others, but still on their way to land. 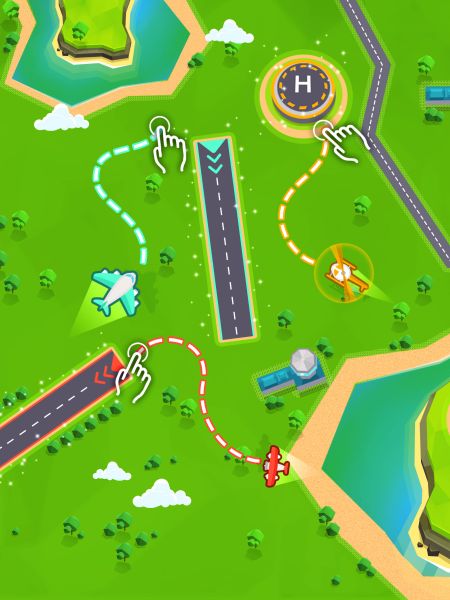 The best way to do this – as well as to help you manage landing planes one after another – is drawing S-shaped lines. These will keep your planes in the air for longer and have them cover a relatively small area on the screen, while going slowly towards the landing strip. In other words, S lines are your friend. This is the best approach to most situations!

Micromanaging your planes
You will have to land the planes that are closer to the landing strip first in order to simply get rid of them and make room for more (they will come even if you don’t make room for them!).

So always have a plane about to land, while the others are nearby or getting in the area following the S-shaped lines. Always be on the lookout for incoming planes and make sure that you’re sending them towards their correct landing spot.

Planes will always move, even if the line you’ve drawn for them is no more – they’ll keep flying in the same direction anyway. And sometimes you’ll just have to let them fly or just move them away from the path of an incoming plane. 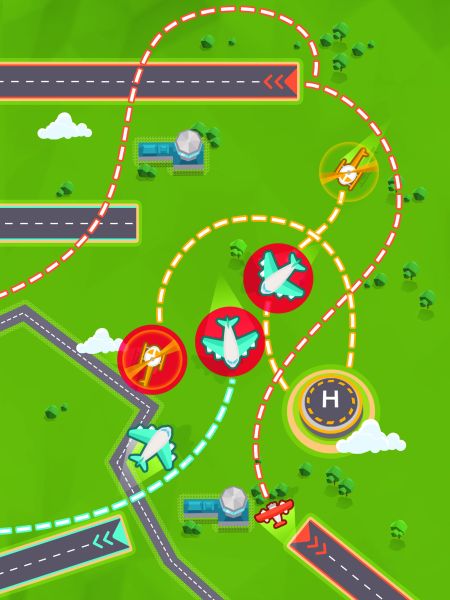 In order to do so, simply draw a short line to a side and they will change direction and then carry on in that direction until you instruct them otherwise. You can and should do this when things get very crowded, but remember that this is not a viable long term strategy as everything will turn into chaos quickly if you don’t give proper orders to your planes and micromanage them correctly.

Speed up when you can
You have the option to tap the arrow in the lower left corner and speed up your game a bit. Make sure you do this when you’re about to win a level or when things are very silent on your screen, in order to waste as little time as possible.

But for most of the time, it will be impossible to play Super Air Traffic Control at that extra speed as you won’t have time to control your planes. So during those busy moments, take things slow and methodically!

Replay missions
When two of your planes crash, you will most likely start the mission again. Don’t worry to fail and try again and again, especially because each time you start from scratch, the type of planes and helicopters that you’re getting changes – just as their order. So you can end up simply getting lucky and receiving a set that is easier to control.

Play on a tablet
If you have the option to choose on what device you’re playing, the tablet is usually a better idea because the wider screen it offers turns into an advantage, by simply giving you more space to control your planes. This is a really good thing to know!

Watch ads to continue playing
Sometimes, when two of your planes crash, you have the option to watch an ad and keep on playing. If you do this, you’ll continue from where you were left of, so if it’s a really difficult mission or you’re really close to finishing it, it’s worth watching that ad in order to not have to start from scratch.

You can even buy the ad removal IAP and basically get this for free whenever you have the chance – which is great value for money.

This is it! These are our Super Air Traffic Control tips and tricks and we do hope that they’ll make your life a lot easier in the game. If you have additional strategies to share (or maybe some extra questions), don’t hesitate to let us know by commenting below.