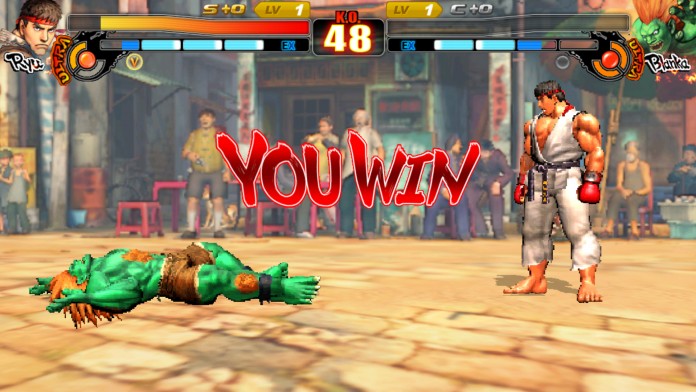 Ryu, Ken and al the other Street Fighters are ready to come back on iOS soon… at least in South Korea.

Street Fighter IV Arena is a new mobile game which is currently in development by Capcom and Nexon Korea. The game has received some new screenshots today which can all be found at the end of this post.

Judging from the screens, Street Fighter IV Arena is going to be a really nice game which seems to play pretty much like the Arcade and console versions of Street Fighter IV. The game even looks impressive graphically so it’s pretty clear how both Capcom and Nexon Korea have been working hard to bring the real Street Fighter IV experience on iOS.

Unfortunately we don’t have any news on a possible release outside South Korea, as even the Japanese release is yet to be confirmed. It would be a shame if the game never gets released in all regions, as it also comes with one of the more important features of a fighting game: online play.

Street Fighter IV Arena will be released in August in Korea on iOS. We’ll keep you updated on a possible Western release as soon as more news come in on it.