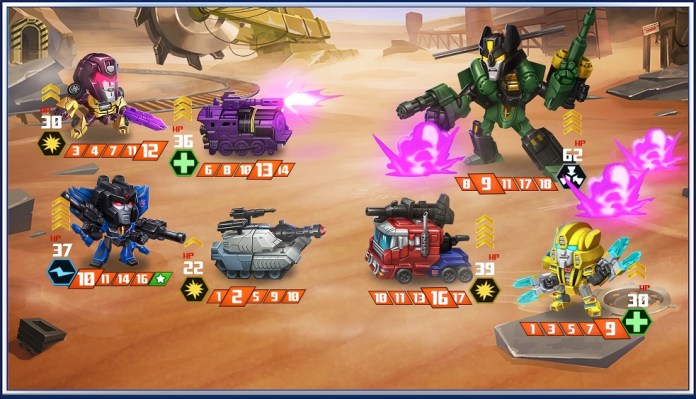 A new game based on the successful Transformers franchise is going to be released later next year on iOS devices.

Transformers: Battle Tactics, developed by DeNa, is going to be a strategy/ role playing game based on the Transformers Generations Combiner Wars comic books. In the game players will have to create a team of Transformers and fight against opponents in turn based battles.

Obviously Transformers: Battle Tactics is going to be featuring a lot of characters, with over 75 Decepticons and Autobots that can be collected and used in battle. Among them are some of the series more popular characters like Optimus Prime, Megatron and others. All characters come with different stats and abilities that also change when transforming so players will have to be very careful when deciding which character to use in battle.

Transformers: Battle Tactics is also going to be featuring an online multiplayer mode where players can fight others all over the world, something that will make the experience even more engaging.

Transformers: Battle Tactics will be released on iOS devices sometime during 2015. We will let you know precisely when the game is going to hit the App Store as soon as possible so stay tuned for all the latest news.