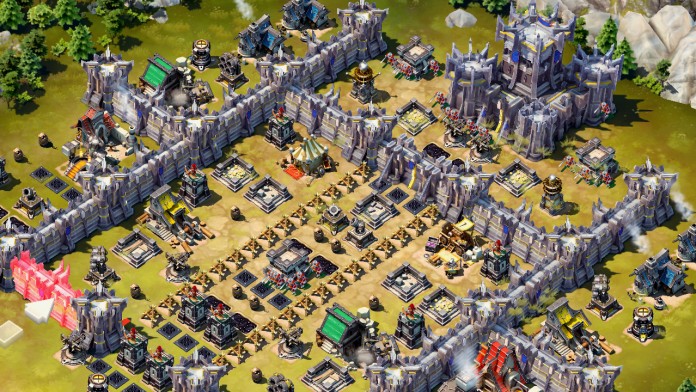 A new game from Gameloft, the team behind the Modern Combat series as well as several other free to play games now available on the App Store, is going to be released in jut a few hours in all regions.

The team’s new game is called Siegefall and it’s going to be a strategy game set in the medieval age that doesn’t look all that different from the smash hit Clash of Clans. The new game, however, comes with some features that set it apart from Supercell’s pupular game, such as the ability to control the hero during attacks, the magic card system which allows players to craft and use cards in battle to gain a variety of advantages and more. Like in other similar games, players in Siegefall will also have to build their own base, see to its defenses, research new technology and more.

Siegefall will be released tomorrow, June 24th, in all regions on the App Store. The game will be a free to play game so make sure to check it out if you like Clash of Clans and want to experience the same gameplay formula enriched by a few interesting twists.