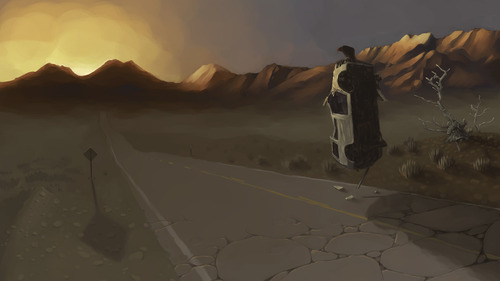 A new strategy game is going to be released this Summer on the App Store, a game that will be easy to get into even for those who have never played similar games before.

Overland is currently in currently being developed by Adam Saltsman, the man behind the unique endless runner game Canabalt. In the game, players will have to take control of a squad as it searches for a place to live in a ruined planet that can no longer be saved.

As mentioned above, Overland will be a game that even those who have never played strategy games will enjoy, thanks to a lot of simplified gameplay mechanics. Characters won’t have HP and stats so it will be easier to keep track of everything that goes on in the battlefield. Overland is also going to feature a unique graphical style, with battlefield sporting diorama designs not too different from the ones featured in the successful mobile title from Square Enix Hitman GO. The smaller areas will help players keep better track of their surroundings.

Overland seems a rather interesting title thanks to its gameplay mechanics and unique setting. We will be keeping track of this interesting strategy title and let you know more on it as soon as possible. You can also check out the game’s official website for more information.