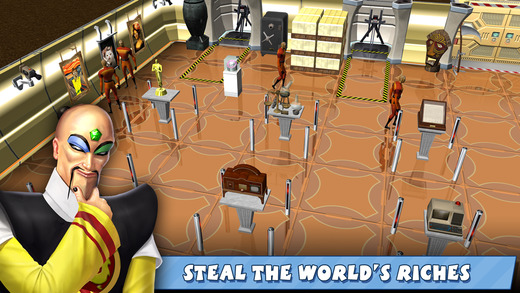 A new free to play strategy game is going to become available soon in all regions on the App Store, a game where players will finally be able to play as the villains and obtain world domination through unsavory means.

Evil Genius Online is the free to play version of the strategy game Evil Genius, which has been originally released ten years ago. This strategy game is one of the very few games where players will take on the role of a villain as he tries to conquer the world. Heroes are obviously going to get in your way but defeating them will make conquering the world even more fun.

Evil Genius Online comes with features that players expect out of free to play games like multiple currencies, wait timers and more, features that fans of the original release probably won’t like. The game will also come with base building and customization features, plenty of missions to complete and the possibility to join syndicates with other players to make conquering the world even easier and more fun.

Evil Genius Online has been recently soft-launched on the Canadian App Store, meaning that it will soon show up in all the other regional stores. A precise launch date has yet to be confirmed at the time, but we will let you know more about the matter as soon as something new comes in on it so stay tuned for all the latest news.