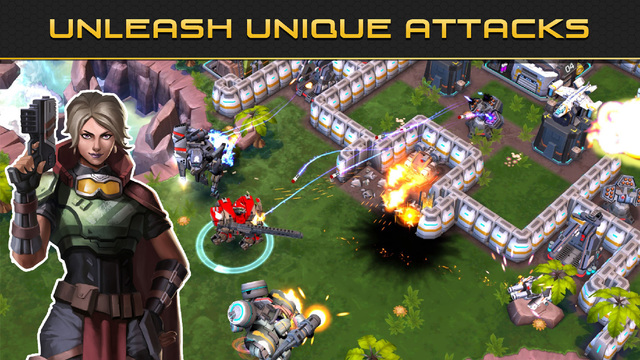 A really interesting strategy game is going to be released soon on the App Store, a game where players will control giant robots to defend their base and defeat enemies.

Dawn Of Steel is a real time strategy game where players will control giant robots called Rigs. With the help of Rigs, players will be able to assault and conquer enemy fortifications. Being a strategy game, players will also have to take care of their own base, gather resources on the planet Leviathan and use them to build better Rigs and improve the base’s defenses. The way buildings inside bases are places are also going to increase the player’s defensive capabilities. The game is closer to old school real time strategy games than more modern titles so fans of classic Command & Conquer and Age of Empires games will surely like Dawn Of Steel quite a bit.

Dawn Of Steel will be released on the App Store in all regions in two days, on September 24th. The game is already available on the Australian App Store so you can download and play it right now if you have access to this regional store.