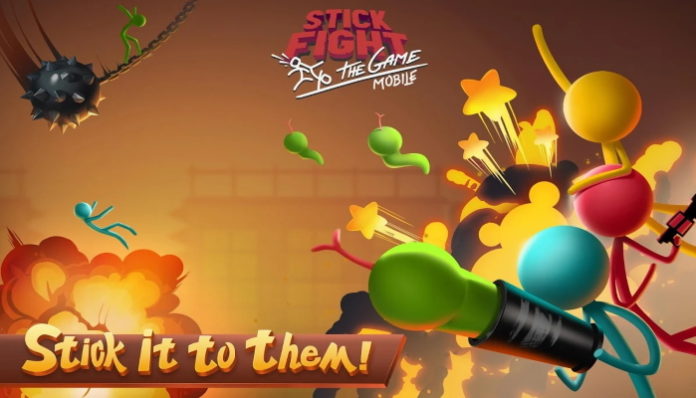 During the golden age of the internet, stickmen were everywhere. There were stickmen flash animations where they would beat each other up in surprisingly high detail, and of course there were also plenty of games where you could do the brawling yourself.

And so, it was only inevitable that the stickmen would eventually find their way to mobile! Stick Fight: The Game Mobile is the official mobile adaptation of the popular stickman fighting party game.

In this hilarious physics based brawler, you will take control of one of four stickmen in a fight to the death! Run, jump and fight in chaotic free for alls! With over 100 maps, the arenas will never be the same, so don’t get comfy!

You do not want to rush your friends with just you bare fists, so grab one of the many weapons to improve your odds! Stick Fight has a ton of guns, from rocket launchers to assault rifles, to guns that shoot snakes. Yes, snake guns, you heard that right. There are also a bunch of melee weapons to use if you like to get up close and personal!

And when you are feeling the creative rush, there is even a built-in level editor where you can design your own arenas. Test it out, then upload and share it with players online! Not to mention that Stick Fight has online player so you can brawl wherever you go!

Stick Fight: The Game Mobile is available now on the App Store and Google Play Store! 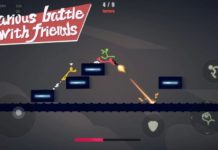