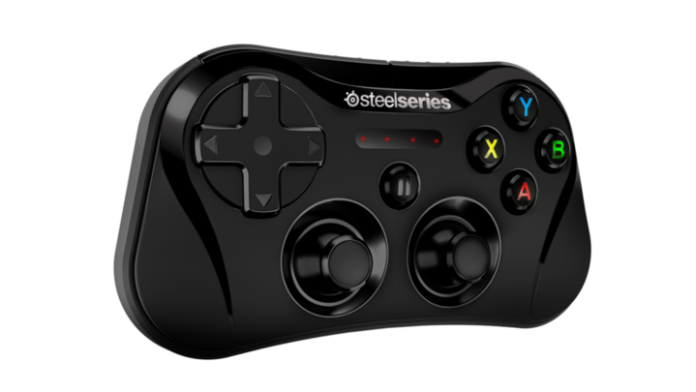 Popular game peripheral company SteelSeries has pulled back the curtain on their officially supported gaming controller for iOS devices.

The controller, which has been dubbed by SteelSeries as the “Stratus”, comes with all the hallmarks of a standard wireless controller including four face buttons, four shoulder buttons, two analog sticks, a central pause button, and a D-pad. SteelSeries is already claiming that “hundreds of iOS titles and franchises” will support the controller and has also confirmed that up to four different players will be able to play on a single screen using the controller’s handy LED light display which will flash different colors to indicate whose turn it is.

The Stratus will be compatible with a large variety of iOS devices including the iPhone 5, 5s, and 5c, the iPad Air, iPad Mini, iPad 4th Gen, and the 5th generation iPod Touch. No price has been announced yet but interested users can check out the controller in action in the below demo trailer. Some who got to try the Stratus out themselves are worried that the controller’s small size might not be ideal for players with larger hands but SteelSeries has stressed that they wanted to make a controller that was as portable as it was functional.