Home Mobile Gaming News SteamWorld Quest, the Next Chapter in the SteamWorld Series, Available Now on... 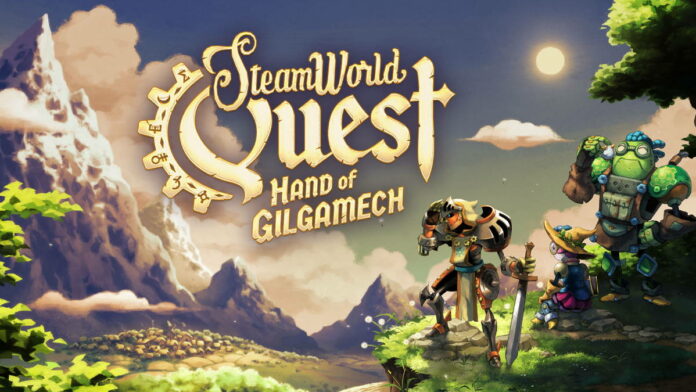 The long running SteamWorld series from Swedish developer Image & Form has come a long way. First starting out as a humble tower defense game back on the Nintendo DSi, the SteamWorld series branched out into different genres over the year, like the metroidvania adventure SteamWorld Dig and the turn-based strategy game SteamWorld Heist.

The latest adventure is finally here, and it’s on iOS too! SteamWorld Quest puts players in charge of a aspiring heroes through a world full of steampunk robots. Gorgeous hand-drawn visuals and engaging card-based battles await you!

The game, while not directly linked to the previous entries in the SteamWorld universe, takes place in the same universe. The story follows two friends Armilly and Copernica who set out to fight for their home planet. A mysterious army known as the Void has invaded their world, and now they must fight to defend it.

As Armilly, players will journey across the home world in a 2D platformer fashion, reminiscent of SteamWorld Dig. When an enemy is encountered, the game will shift into a turn-based battle mode where players must form attacks using different cards, each with their own abilities.

Each character in the party has their own set of cards that can damage enemies, buff allies, and more. Basic attack cards generate steam points which can be spent to use powerful skill cards, and playing multiple cards from the same hero can result in awesome heroic chains. Knowing when to use what is the key to victory and the core of SteamWorld Quest’s battle system.

SteamWorld Quest is available now on the iOS App Store.