Home Guides State of Survival: How to get more Chief Stamina | Tips and... 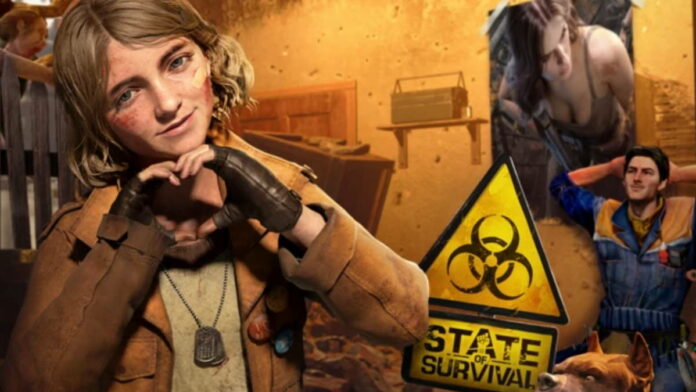 State of Survival pits players in the middle of a zombie apocalypse. They’re in charge of running a stronghold full of survivors, so they must balance scouting parties and exploration alongside resource gathering. Many of the activities in the game require an energy resource known as chief stamina.

Early on, chief stamina shouldn’t be too much of a problem, but as you progress through the game activities will become more expensive and you may have trouble keeping up. We’ve compiled a list of helpful tips to help you get more chief stamina and conserve it.

Chief Stamina is Refilled upon Level up

One important but easy to look over tip to keep in mind is that your chief’s stamina is automatically refilled whenever they level up. Considering that your chief only levels up when you give them enough Chief EXP, you can basically control your flow of chief stamina.

When you receive Chief EXP items, don’t use them right away. Use up all of your chief stamina first and then when you are low, use them to level up and you’ll have a fresh bar of stamina to use.

Complete the “Hunting the Hunter” Event

Once you progress far enough in the main story, you’ll unlock the events billboard where you can participate in different limited time events. One such event is called “Hunting the Hunter,” and this event lets you recruit arguably one of the most important heroes to have in the game: Travis.

Travis is a purple rarity hero that has a passive skill that reduces the amount of chief stamina you use whenever he is a part of your active marching party. It starts off at a 10% stamina reduction, but as his rank increases it can go up to a whopping 20% reduction.

To acquire Travis’ fragments, you’ll need to fight random infected hordes during the event. You’ll get the usual rewards for doing so, but you may also gain hunting rucksacks, which contain a helpful assortment of goodies including Biocaps, Combat Manuals, and most importantly Small Chief Staminas which can be used to recover immediately recover chief stamina.

You may also find Travis’ Hunting Log, either incomplete or complete. Using these logs will immediately spawn an infected hunter or elite infected hunter somewhere on the map.

Fighting the hunters and successfully taking them down will net you Travis’ fragments, alongside a bunch of resources. As a small tip, focus all of your stamina on fighting infected during the event to gather up as many hunting logs and possible, then use them after the event is over – you can still get Travis’ fragments even when the event is over as long as you have hunting logs to use.

Travis will save you tons of stamina in the long run, so it’s important to recruit him as soon as you can. Keep an eye on the event calendar so you know when he’s coming next.

Be Careful of Plague Zones

Plague Zones are special event battles that must be completed with your alliance. They are high level zones that have a high chance of dropping legendary hero fragments, so you’ll want to tackle them eventually.

Just make sure you have a plan – plague zones are notorious for being stamina eaters and if you aren’t careful they will eat through all of your chief stamina in the blink of an eye.

If your alliance is prepped and ready to clear a plague zone, then by all means go for it. But, if you don’t have enough members or there’s really no direction, then we recommend skipping out on it if you have other things to do with your stamina.

Don’t Forget about the Hero Precinct

If you are completely out of stamina, don’t worry – you can still do things that can help progress your base, namely the Hero Precinct. The Hero Precinct has its own “Explorer Trail” mode where you fight through hordes of infected.

Clearing levels in the Explorer Trail is a great way to earn lots of helpful rewards, and the best part is that it runs off of its own stamina pool, so you don’t have to worry about using precious chief stamina on it.

The Hero Precinct stamina recharges at its own rate separate from chief stamina, so don’t forget about it – play through some of the levels if you’re waiting for your chief stamina to recover.

Every day, the events billboard will resupply you with free stamina. This stamina is immediately applied to your chief stamina as soon as you collect it, and you can go over your normal cap.

You can claim this free stamina twice per day, so make sure to grab them. This is about the only free chief stamina handout in the game, so make the best of it! 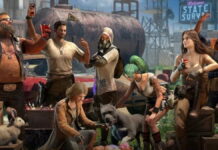 How to change state in State of Survival 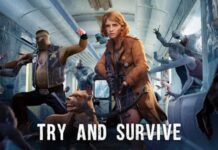