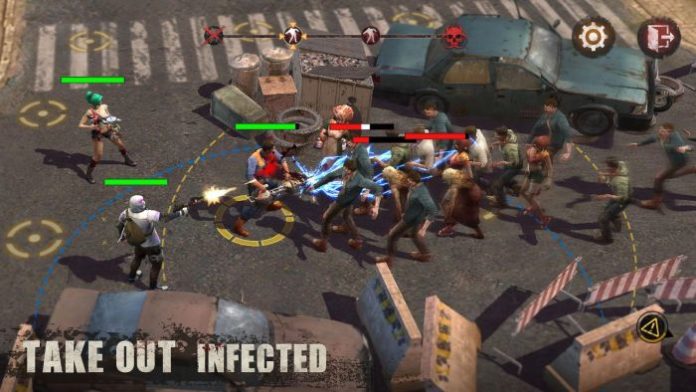 Being a strategy game, State of Survival requires quite a bit of thinking from the player, and not only during battle but also while preparing for battle. The infected and other human players will always give everything they got, so setting up the proper troop formations is extremely important not only to win but also to minimize losses as much as possible. Losing high-tier troops is a blow that will take you a while to recover from.

In this guide, you will find everything there is to know about the State of Survival troops, their formations, and training to become the best commander the game has ever seen!

No matter which type of type they belong to, troops in State of Survival come with four different stats: Health, Attack, Defense and Lethality.

Knowing your enemy is all well and good, but knowing your troops is just as important, considering a bad formation will cost you a lot in terms of not only of troops but also of resources as well.

State of Survival features three different troop types: Infantry, Riders, and Hunters. Stats-wise, they do not seem all that different from one another, but the devil is in the details.

Infantry and all the sub-type troops have quite a bit of Health, and can take quite a beating. The different sub-types are also more effective against specific troop types.

Hunters have lower Health compared to Infantry, but also better Attack and Lethality, meaning that they can decimate your opponent if you can keep them out of danger as much as possible.

While the enemy you are facing determines the best possible formations, there are some general tips that are effective most of the time. As keeping your troops alive should always be your number one priority, you should bring as much Infantry as you can, in the realm of 40%. The remaining 60% should be divided equally into Hunters and Riders: they are your main attack forces, but if the Infantry goes down, they will as well, and quickly too. Another effective, but somewhat risky strategy, would be to bring 40% Hunters and 30% Infantry and Riders: give it a go if you have unlocked high-tier troops and are willing to take a risk.

Don’t always stick to these possible formations, though: opponents’ formations may wary, so you have to adapt as much as possible and switch formations around to avoid getting overwhelmed and losing too many troops.

Troop training in State of Survival is quite straightforward: you want to prioritize your highest tier troops. This doesn’t mean you should forget about all the others since you may lose them in battle and end up having to resort to unbalanced troop formations if you did not plan for every eventuality. Also considering upgrading any troop that can be upgraded as soon as possible: higher tier troops are always more effective, even if they have trained less.