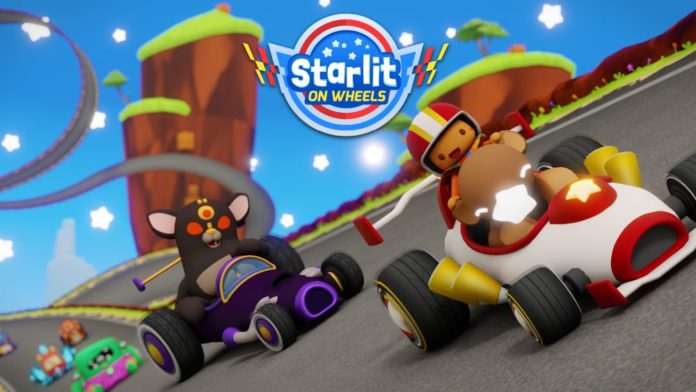 There’s a bit of nostalgia involved with Starlit On Wheels here, a new racing game from Rockhead Games based on characters from the 2014 mobile and PlayStation hit Starlit Adventures.

In a move similar to the one pulled by Nintendo with Mario Kart, the characters from the original game put on their racing helmets on and push the pedal to the metal in cute yet challenging races against the clock and other human opponents. And the result is pretty impressive, no matter if you played Adventures or not. 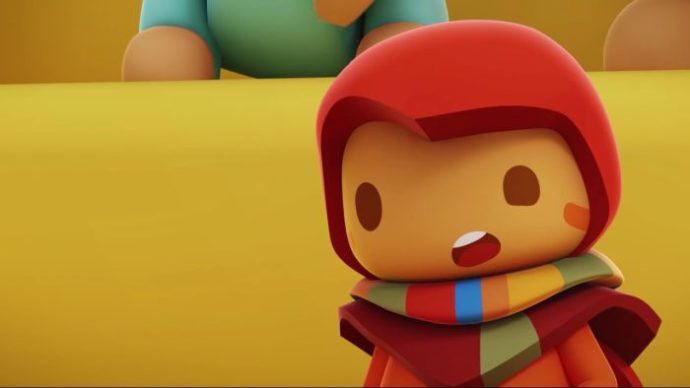 We should say from the beginning that Starlit On Wheels is built as a child-friendly racing game and not a hardcore simulation of realistic racing conditions. It’s basically a tuned down, child-friendly version of the classic (and insane) racing game Trackmania: with tracks that defy gravity, with various obstacles in the way and with endless opportunities, Starlit On Wheels is challenging and fun without being impossible or frustrating.

The cutesy-cute approach is definitely a plus for the younger audience, but even the older gamers such as myself will find it enjoyable. In my case, it was extremely relaxing as well. The tracks, especially in the story mode, are relatively simple and easy to master, like a stroll in the park on a sunny day, after a long winter. 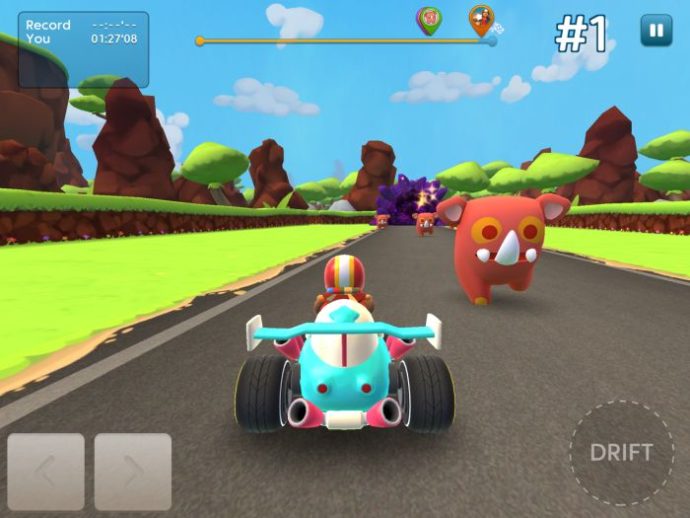 The fact that even the speed boosts don’t really make you feel that you’re moving faster than a human adult could run is a bit of a turn down for me, but the vehicles you can unlock and drive can be upgraded constantly, so I might have not reached the point where my slug of a car turns into Wile E. Coyote’s Roadrunner.

Because, yes, you have a lot of upgrades that you can unlock from opening chests that you get from winning races or being active. These upgrades improve the various stats of your vehicle and can be upgraded themselves to really put you in control of the stats of your car and give you no excuses to lose your next race! 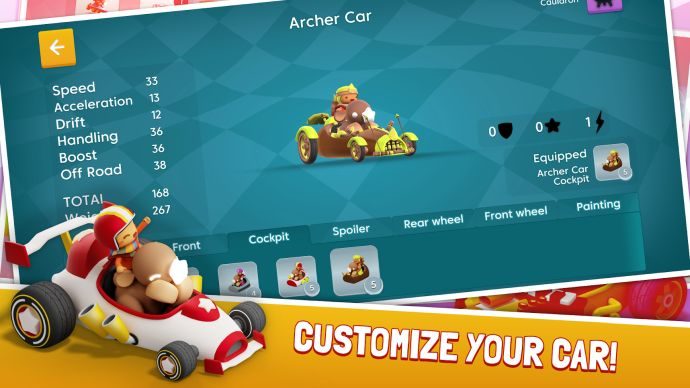 The best thing about Starlit On Wheels is the multiplayer, though. Not only that you will race against people from all over the world, trying to beat their time, but you’ll also do so on tracks created by other players – so the possibilities are endless.

You can create tracks yourself using the drag and drop track editor that you unlock in the game and share your creations with the world and maybe even have them featured in multiplayer battles.

I am completely lacking the talent of building anything that could be considered a fun track, so I didn’t really get to test this feature too much, but I’ve seen some really cool ones created by other players, so the community is active and talented. This means that you will always have a new challenge for your driving skills.

From a visual point of view, Starlit on Wheels is oh, so colorful and cute! Attention has been paid to all details in the game, from the cute drivers to the environment and it all looks good.

The sound follows the same line of the in-game art: it’s cute and relaxing and nice and it’s taken straight from the original Starlit Adventure, getting extra nostalgia points for those who played the original, or just being nice for those who haven’t. 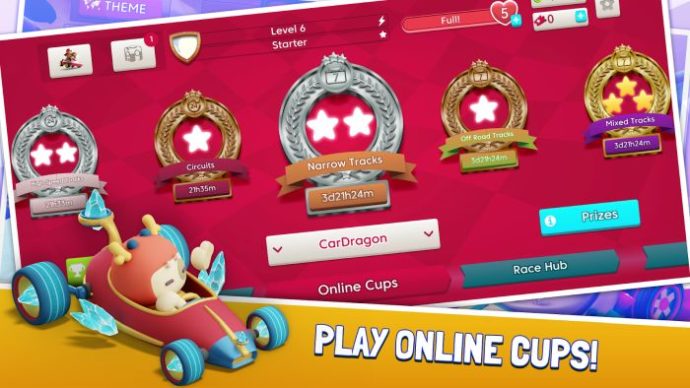 The controls of the game work flawlessly as well: simple controls for the vehicle to the bottom of the display. I found it a bit strange at first that the arrows for turning left and right were both placed at the bottom left corner (instead of the usual left corner for moving left and right corner for turning right), but since the speed of the game is not insane, after a few races you will get used to the controls and have no problem using them.

Being a free to play game, Starlit on Wheels comes with in app purchases, but the developers don’t shove them in your face, trying to force you to buy them. You can get an advantage if you spend some real life money on getting the rarer chests from the store (which contain better items for your car), but I haven’t reached a point where I could say that I must pay in order to progress.

This is a good thing – combined with the fact that there are no ads in the game whatsoever. This allows you to enjoy the game as a free title and you will actually pay for one of the Token packs as an appreciation for the developers’ work, and not out of frustration because you can no longer progress. Kudos to Rockhead Games for that!

If you’re looking for a mixture of Mario Kart and Trackmania – one that can be played on mobile and brings its own character to the table, then Starlit on Wheels is definitely the game you must try. Cute and fun, yet challenging enough not to become boring, this game will keep you busy and entertained for hours. Definitely give it a try!

Starlit on Wheels is available for free on the App Store and on Google Play.