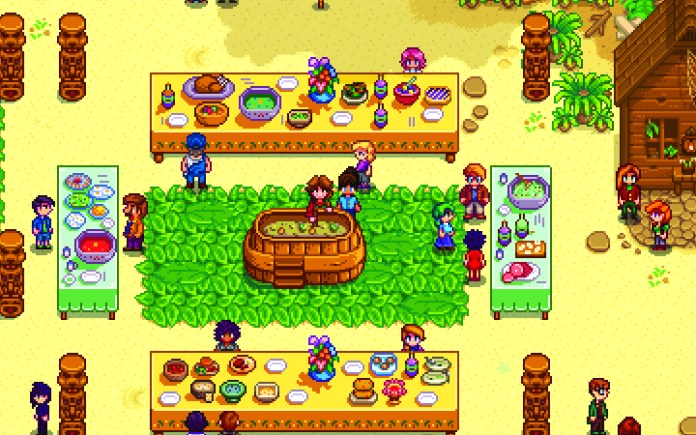 Stardew Valley Expanded corresponds to its name and does what full expansions do to other games. Mod adds new characters, locations, and events. It seems that all this could have been in Stardew Valley originally. In this guide, you will find Stardew Valley: Expanded Mod all characters listed.

That was the list of all new characters added to the game with the mod.

Maybe all the new characters are a little too colorful (in Sophie’s case), but the creators of SVE put a lot of effort into making them look organic. You probably won’t be able to tell who are the new characters added to the game if you’re playing Stardew for the first time.

While it’s hard to disguise a mod-added character in larger RPGs (the lack of voice acting is easy to spot), in Stardew it’s easy for SVE characters to blend in. The sprites and dialogue portraits of all the new characters fit in with Stardew Valley ones, and the style of the story is true to the original. It looks like clever fanfiction (which is what the mod is in some way), where attention is paid to the original lore.

Pay attention that almost all vanilla characters were also changed. For example, Marlon (leader of the Adventure Guild) has moved into the guild building on the southern part of town, has gone about his business, and is no longer locked in the building. Even Morris, who was given the position of head of JojoMart, received an extended story. He’s still a bit flattering, but the mod author is trying to fix the manager.

This is everything you need to know about all new characters that were added with Stardew Valley: Expanded Mod. Go and check the mod! It is definitely worth it and will give you hundreds of additional hours of gameplay.