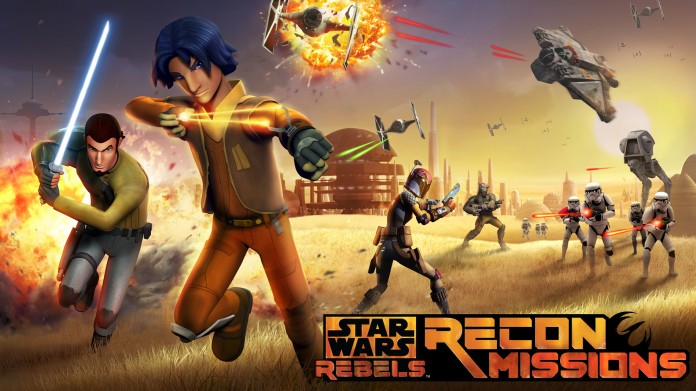 The latest Star Wars Rebels: Recon Missions update adds a few new playable characters from the game – Hera and Ahsoka from Star Wars: The Clone Wars. The update also adds a couple of new ice stages where players must infiltrate an Imperial Fortress. Also part of the update are new quests and tweaks to the upgrade tree.

PLAY AS HERA OR AHSOKA
Unlock your favorite Rebels characters, Hera and Ahsoka, and use Ahsoka’s Lightsaber Throw to lead the charge and take down the Empire!

SAVE THE CITIZENS
Embark on quests and challenges to help the citizens in their new Haven! Use Hope to help build and fortify new structures to keep the Haven safe!

REVAMPED CHARACTER UPGRADES
Utilize a new and improved character upgrade system and make your heroes a force to be reckoned with!

Star Wars Rebels: Recon Missions is now available for download for free on the App Store.