The recently released Star Trek: Fleet Command tries to boldly go where no other strategy game has gone before, at least on mobile: in space. The game itself delivers some amazing visuals and has some concepts that fans of the traditional strategy games on mobile should love. You have base building, exploration, fighting and much, much more. A true delight, no matter if you’re a Star Trek fan or not.

So let’s not waste any time and instead, let’s check out below how to get better at the game by checking out some Star Trek: Fleet Command tips and tricks.

Focus on completing missions
Especially early on in the game, your main focus should be completing the main story missions. Not only that they will get you acquainted with how Star Trek: Fleet Command works, but you’ll also progress the right way, unlocking new characters and in-game features that you really need.

So always look at the missions you have unlocked and strive to complete them as soon as possible in order to unlock all the in-game features and progress faster.

Constantly upgrade your Star Base
Your Star Base is where all the magic happens and having all buildings built and leveled up to the maximum level is extremely important.

It does take a while to get used to the game’s strange game of dealing with building stuff around the Star Base – since there is no build menu where you can sanely browse through the available structures – but you will get used to how stuff works… eventually.

Or just follow the game’s recommendations and build everything in the order the game wants you to by tapping the “Go” button near your “Build Something” notice to the left.

Constantly fight enemies
Even if you don’t have a mission that specifically asks you to do it, you should constantly fight against enemy ships for the rewards. Even more, you should always fight the highest level enemies that you can safely defeat – and do so with many in a row.

Normally, in your starting System and Galaxy, you won’t have higher level enemies, so you will have to travel to other galaxies to find them. Once there, fight as many as possible of a high level in order to receive better rewards. Always do that, until your ship can’t do it any more.

Repair your ship (constantly, yes!)
Yes, this is another thing that you should constantly do – repair your ship(s) so that it can fight often to bring you even more rewards.

It seems that there’s absolutely nothing wrong to getting your ship destroyed – no losses, no penalties, which is good if you’re in a Galaxy far away from your Star Base. So you can simply attack until your ship is destroyed, repair it in that area then carry on. Perfect!

Explore new Galaxies
Your goal in the game is to boldly go where no other player has gone before. And even though that’s not really possible, since all galaxies are populated… you should still explore.

New galaxies will usually hide various secrets and also have all sorts of goodies in store for you – like new missions, better enemies and special encounters. This is how you will be able to meet the other Federations as well, so constantly explore space!

Upgrade your Ships
Upgrading your ships should also be a priority. Don’t wait to unlock the really rare ones and upgrade what you have in order to remain competitive and be able to destroy higher level enemies.

Once you have multiple options, you should start deciding what Ships to focus on (the rarer ones are always the best choice) and level them up instead. But it takes some time to unlock the extra ship slot, then have several to choose from… so don’t wait until that happens or else progress will be a lot slower.

Dealing with multiple choices and options
Every now and then, you will have the option to make a choice in Star Trek: Fleet Command when interacting with various in-game characters or when dealing with missions.

These choices don’t seem to affect the story line so far – although they might once you discover all the Federations and you will probably have to align with one or another. So, until that happens, you should always choose the answer that gives you the better rewards. Simply tap the “rewards” button in the upper right corner to check them out and choose the answer that suits you best.

So far, there haven’t been any effects of my various choices no matter what answer I chose. So it seems that it’s just there for giving you a choice regarding the rewards (and to build up some sort of a story).

Join an active alliance
Being part of an active alliance is essential in any RTS game on mobile and Fleet Command makes no exception. Even though at the moment of writing this article, the Alliance part of the game is pretty much bare bones, with some of the more important features marked as “coming soon,” there is still a lot you can earn from being in a very active alliance.

For example, the most important part is, in my opinion, the results you get in the Alliance events. These will reward you with awesome loot and items the better you perform in them and you can’t do to well without an alliance with very active members.

So, if you’re not happy with the alliance you’re in, don’t hesitate to quit it and search for something better. A really active alliance can help you progress a lot faster in the game!

These would be, for now, our Star Trek: Fleet Command tips and tricks. An awesome game that deserves a lot of attention and we have more guides planned for the future. But until these get published, don’t hesitate to share your own tips and tricks below. 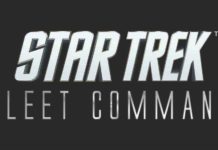 Dominate or Bring Peace to a War-locked Galaxy in Star Trek Fleet Command, Out Now 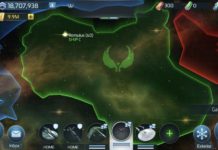 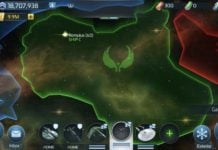