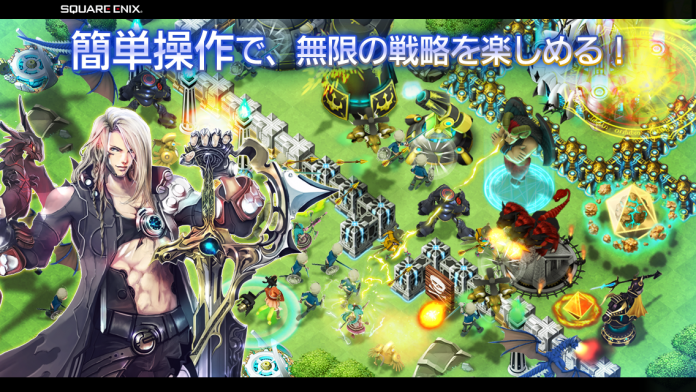 After dominating the console gaming world in the past, Square Enix is ready to become as successful in the iOS market with some exclusive titles that will not be released on consoles.

The development of all original title is part of the company’s new focus on mobile development, which already produced a new Final Fantasy remake that is only available on iOS.

The Japanese company has now revealed a new real time strategy game that will try to appeal to the Clash Of Clans fans all over the world. The basic gameplay experience has been heavily influenced by CoC but it will have enough new features to stand from the competition.

Dragon Sky is also going to feature a single player mode, together with a multiplayer mode, a mode that will allow gamers to learn more about the events of the world they’ll be fighting in. The story is not going to be much different from many other role playing games, which amnesiac characters, magical talking creature and more, but it’s probably going to be good enough for those who want to feel more involved about the game’s world.

The game’s multiplayer mode will be focused on battles and cooperative raids against bosses. How these will play exactly is yet to be revealed.

Dragon Sky still has to receive a release date. We’ll keep you updated as soon as something new comes in on Square Enix new title.