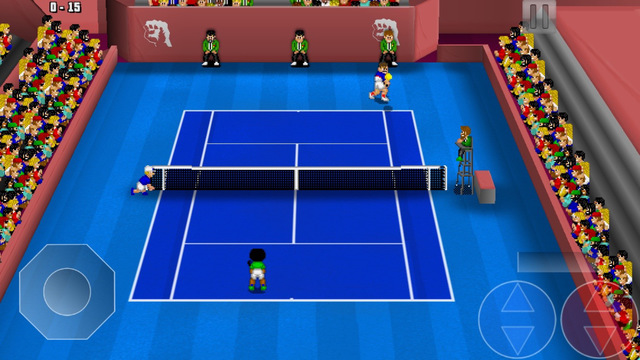 If you have been playing video games for quite a long time, you may remember a classic sports game that has been released on the Commodore Amiga years ago, Tennis Champs. Following the release of the game’s sequel, no other Tennis Champs games have been released, but from today fans of the classic series can finally the original game on the go, granted they have access to the New Zealand App Store.

Tennis Champs: Returns plays pretty much like the original Tennis Champs, featuring a well crafted representation of tennis and plenty of very nice features such as a career mode, MFi controllers support and more. The game is also getting online multiplayer at a later date, a feature that will definitely be appreciated by all fans of the game.

Tennis Champs: Returns is now only available in soft-launch mode on the New Zealand App Store, but the game should be released soon in all regions. We’ll let you know more about the Tennis Champs: Returns’ global release as soon as possible so stay tuned for all the latest news.