Home Guides Spiritwish: All Classes / Characters in the Game 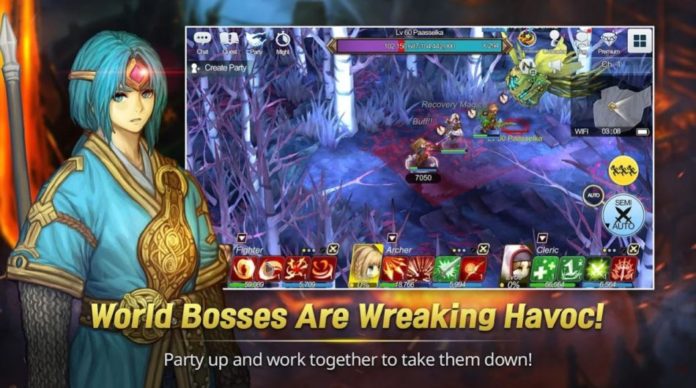 If you’ve gotten caught in the Spiritwish charm, then today’s article will definitely come to your aid because we are going to cover all of the Spiritwish Classes & characters in the game!

By now you probably checked out our Spiritwish game guide where we share with you all of our tips and tricks about the game – and if you haven’t yet, then make sure you check that one out because we are explaining there a bunch of useful stuff for you!

The tanks in Spiritwish are the the class which should always be on the front line and try to mitigate all of the incoming damage to your heroes. The Tanks are not super good when it comes to dealing damage, but they sure do excel at tanking (hence the name – pretty straight forward).

There are three tank classes in the game, but one of them can be played as both genders, so that will make for 4 card types which you can add to your collection:

This is the class which can be played as both genders: Female and Male. As they are a tanky class, they will have a very high HP pool and also advanced Shield skills. They are melee ranged, so that means that they have to get up close in order to attack.

As another one of the tanky squad, the Defender is a class which will also provide quite some useful defensive bonuses for the team. They also have very high HP and they will provide some defensive buffs for the team which will boost their Defense. He will also redirect damage which is dealt to the team towards himself.

This class will combine supporting with tanking, as the Minstrels use their Kantele to grant various buffs and effects to the team. They are not the absolute best tanks, but they are definitely useful when alongside a more dedicated tank and damage dealer.

The Sentinel doesn’t have a ton of Armor, but isn’t that squishy either. They will have a variety of AoE attacks, which all take effect in a very close range but are quite good damage wise.

They are a super swift attacker with fast, precise and deadly attacks caused by his Spear. This class is not super tanky, but thanks to the Shield it helps with their defense – however, they will definitely pack a punch.

The Mercenary is a melee class who can boost the allies’ attack speed and also inflict quite some damage himself.

This class is similar to an assassin, with powerful and fast Tachi attacks. She can also use ninjutsu techniques to survive when in dire situations.

This is a class which has mastered two light swords and uses them both at the same time to attack in powerful flurries of combo attacks. She also has a very high attack speed to combo even better with her kit.

The Grimalkin will use her powerful combat gloves to literally punch you to death. She has very high melee attacks but doesn’t really have a whole lot of armor, so will definitely do best alongside a tank.

This is another class which can be played as both genders, and they will deal very high DPS damage from a safe distance. Their defenses aren’t really good, so they will need a powerful front liner to tank for them.

The Arbalist is a class extremely similar to the Archer, but their weapon of choice is a crossbow which can very very deadly because of their exceptional sniping abilities.

Much like any other Mage, the Lightning Mage is a Mage which has specialized in lightning-type magic attacks which deal massive damage. It’s a safe character which doesn’t have a lot of armor, but will definitely deal a lot of damage.

This is more of a support Mage which will use powerful abilities to inflict negative effects upon the enemies and buff her own allies.

The Fire Mage will focus her magic abilities on dealing tons of damage from afar in strong AoE attacks. As her name implies, her spells are fire-focused so all of that power will go into casting fire element spells.

The Cleric will come in both genders, Male and Female and it’s the main healer class in the game. As they do not provide much damage, their utility comes mainly from reviving dead allies and healing wounded ones.

Another support type Mage, who uses her abilities to twist time into her and her allies’ favor. She can provide plenty of useful buffs for her allies, from increasing their attack speed to boosting heir movement speed.

The Paladin class is very similar to the Cleric, in the sense that they also provide heals, but unlike the Cleric they are melee ranged and they will also be able to tank quite a bit of damage for the team.

These are all the classes currently available in Spiritwish! Which are some of your favorite team compositions and why? Let us know by leaving a comment down below! 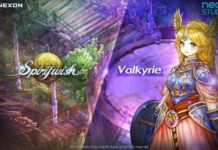 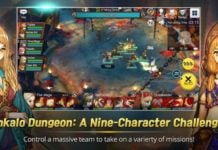