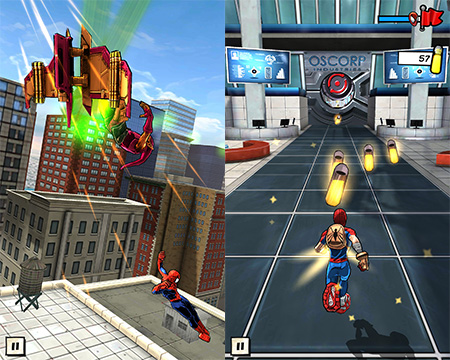 Spider-Man Unlimited, the nice endless runner game starring the popular Marvel Comics hero released a while back on the App Store, has received a new update which adds new content and features to the game.

The new update, which is available for download right now on the App Store, includes a new set of missions and a new boss, Mysterio, who will serve as the final boss of the game for the time being. The boss also comes with new a stage variation.

The additions of the new update don’t end here. Also added to the game is MFi controller support, which is a suprising addition for an endless runner game. Touch controls work nicely for the game but it’s never bad to get more options. The final addition of the new Spider-Man Unlimited update are new Spideys, such as the Mangaverse Spider-Woman, the Earth X villain Spiders-Man and others.

Spider-Man Unlimited is now available for download on the App Store. The game is one of the best Spider-Man games currently available on iOS so make sure to check it out if you’re a fan of the character and of endless runner games.