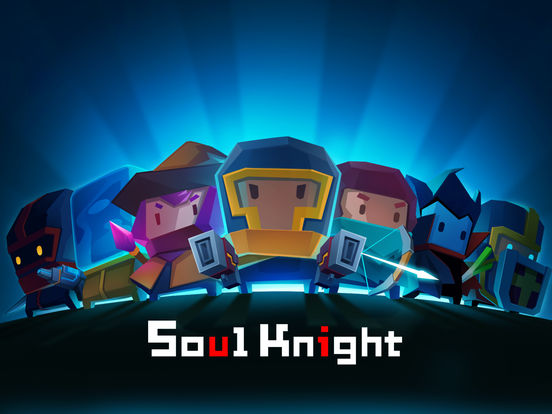 Soul Knight is an action-packed top-down shooter for iOS and Android. The Magic Stones that keep the world in balance have been stolen, and now it’s up to you to bring them back!

Soul Knight is a challenging roguelike with lots and lots of bullets. It’s a hard game to master but that’s why we’re here with our Soul Knight cheats, tips and tricks strategy guide!

Mastering Soul Knight is a combination of honing your twitch skills and knowing how to prepare. So without further ado, let’s get started with our Soul Knight tips and tricks guide!

You can carry up to two guns with you at all times. You start out with the Bad Pistol at the beginning of every run. As the name implies, the Bad Pistol’s stats aren’t that great and the damage is minimal. However! The Bad Pistol also costs no energy to fire, making it handy in emergencies.

It’s much better than relying on the wonky melee attacks, not to mention the danger that comes with trying to get that close to enemies in the first place.

Keep in mind though that you will sometimes find new weapons that cost zero energy, like the dedicated melee weapons. Go ahead and replace the Bad Pistol with these!

Having trouble early on? Try unlocking the Chest in the lobby before going into the dungeon. The chest costs a one time fee of 1000 gems to unlock, but it provides you with a common weapon to start out with at the beginning of every run.

3. Watch out for the traps!

The dungeons are host to tricky traps! The most common is your typical spike trap, but these are easy to avoid as long as you watch your footing. Beware of the colored barrels! Depending on the color, these barrels will do something differently if they’re hit by either you or an enemy.

4. Use the Frost weapons!

If you find a gun that has the Frost prefix, use it! Frost weapons can freeze enemies (the same effect from the blue barrels) when you critically hit them.

This effect is incredibly helpful during boss fights, as you can avoid crazy bullet patterns altogether if the boss is frozen. Couple this with the Knight’s special ability Dual Wield, and you have a very high chance of landing critical hits.

Upon taking a portal to the next level, sometimes you’re prompted with a random selection of power ups. Here’s a couple we’ve found useful:

The Rogue’s special ability is a combat roll that grants them invincibility frames. Much like the frost weapons, this ability is invaluable during boss fights when things get really crazy.

The Rogue costs 2000 gems, making them the cheapest hero to unlock. You should aim to unlock the Rogue as soon as possible.

That’s all for Soul Knight! If you have any other tips or tricks to share, let us know in the comments below!