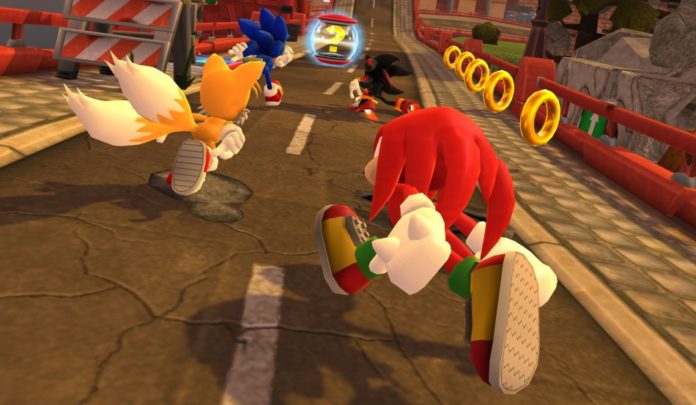 Sega has decided to offer Sonic fans a big treat today by launching Sonic Forces, a PvP racing game featuring beloved characters from the Sonic franchise. Winning these races requires a bit more than skill and we’re here to help you on that matter by sharing some Sonic Forces cheats and tips – a complete strategy guide to win all races.

We can’t help with the lag issues that are plaguing the game right now, but hopefully we’ll be able to help in terms of strategies and tips for picking the best character in the game.

Although this is a game where your skill matters the most, it doesn’t hurt to check out some tips and tricks – maybe we’ll have something that you haven’t figured out already. So let’s not waste any time and let’s check out below some Sonic Forces: Speed Battle tips and tricks!

1. Keep an eye ahead… and behind

You should always look at the route ahead and plan as fast as possible as you see what’s coming.

Make sure that you are ready for all the obstacles that are coming, but also ready to make the right move in the right direction if new obstacles are launched by your opponents.

How to watch behind? That is indeed not possible, but you can usually keep an eye out for exclamation marks. When a projectile is incoming, you will see an exclamation mark above your head and you will only have less than a second to react. If you’re fast and dodge that bullet though, it’s a big win for you!

The more coins you collect, the faster you go. It’s that simple! So keep on collecting as many coins as possible in order to reach top speed faster.

3. Be smart when firing weapons

One of the best strategies to make those weapons you can fire in front of you actually hit something is to launch them when you both have an enemy in front as well as you’re on a lane that has coins in front.

Most players will move to the lane to collect the coins for the speed boost and they might get in just in time to get hit by your missile. Perfect blindside!

4. Take advantage of your Star Runner

Every 24 hours, one of your runners will become the “Star runner”. This means that you get double rewards for the first 5 races you run with them. Usually, it’s worth playing with them even if they are a weaker character.

Even better, watch the ads after getting the reward in order to basically get 4 times more than your actual reward. A great way to quickly fill up the slots for new characters!

5. Choose the best character for running

Once the Star Runner bonus wears off, you should always choose the best character you have unlocked to be your guy. The truth is that all characters in this game are really good, as their skills and boosts make up for any potential weaknesses.

Therefore, you should look not only at their base stats (Speed, acceleration and strength), but also the skills.

In order to do this, tap each of the boosts you have under the Items category for each character and you’ll be able to see the details. Or simply start racing and test them out live!

We’ll have an article on the best characters to run with shortly, so make sure to check back often!

When you are in front of the pack, I found it to be more useful to keep on moving from lane to lane even if there are no obstacles or no apparent reason to do so.

This way, you will be able to dodge incoming projectiles and keep your opponents confused.

However, you can also end up hitting mines or tornadoes or similar stuff so you should always be ready.

I know that you will end up upgrading them all anyway, but try not to. Resources will get scarce eventually and you should focus on upgrading the characters you usually run with.

However, if you do have extra money and enough shards to upgrade other characters, do so because it will be very useful in the long run, especially if they become the Star Runner at any given point.

These would be, for now, our Sonic Forces tips and tricks. Do you have more strategies that work well and help you win races? Let us all know by commenting below.