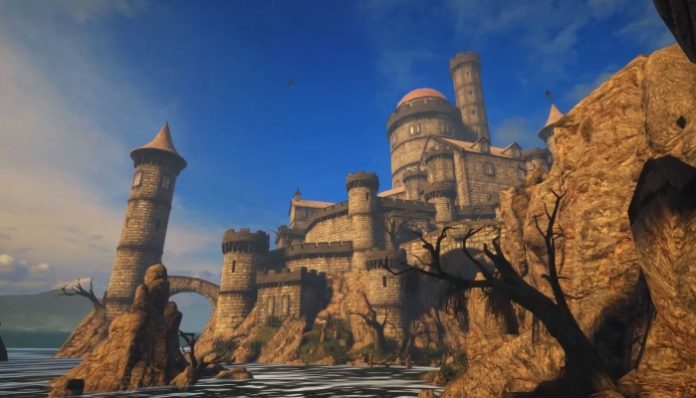 On a remote island stands an ancient castle. Nearby townspeople recall stories of chilling occurrences, including eerie lights, terrible storms, and an sickly aura. For years the castle remained dormant, but recently a mysterious signal has begun broadcasting from within the castle. Something inside has awoken…

The Eyes of Ara is a breathtaking 3D adventure game full of beautifully detailed weathered environments, brain-twisting puzzles, and a mysterious and enthralling plot. You play as a traveler who is determined to find the source of the signal and hopefully find out why the castle is as spooky as it is.

The Eyes of Ara is reminiscent of old PC adventure games like Myst, and it reinforces this at every chance it gets. The atmosphere is foreboding but inviting, inviting players to explore the castle and solve all the mysteries. The interface is very minimalist to not get in the way and pull the player out of the immersion, and it works very well.

Like any good adventure game, there are many puzzles for you to wrap your head around and get lost in. Use simplified touch controls to manipulate devices, pull switches, flip boxes, and hopefully solve some puzzles. Pay attention though, as these puzzles are not just for show – they may even reveal some details about the castle’s former inhabitants.

The Eyes of Ara invites players to get lost in a mysterious castle full of secrets and surprises. The game is available now on the iOS App Store.