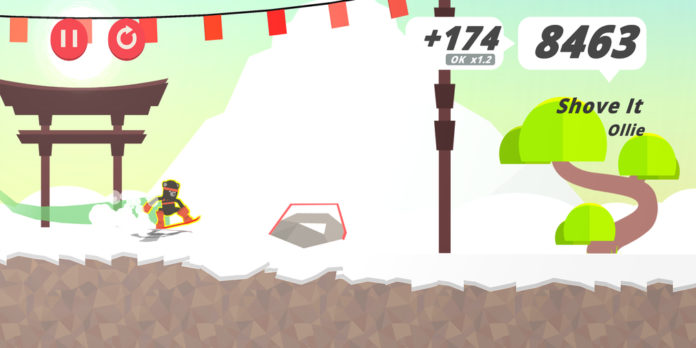 Summer is almost over, and it’s time to think about any fun activity that can be done during Fall and Winter. Snowboarding is among the most exciting ones, but if don’t have the chance to do it for any reason, you can still get your fix thanks to a new snowboarding game that is now available on iOS and Android.

Stomped! has been published by Noodlecake Studios and is now available globally on iOS and Android. The game feels a lot like another Noodlecake’s game, Trail Boss BMX, so you may want to check it out if you like the previous game from the studio.

Stomped! feels like a mix between snowboarding and skateboarding games. In the game, players will have to complete 36 levels by avoiding obstacles and perform a variety of tricks. String tricks together without failing and you will get a combo that increases the point obtained, pretty much like in any skating game.

Completing the 36 levels once is just the beginning, as Stomped! features 6 playable characters all coming with their own unique play style. Some of these characters are pretty wacky, like the bear, so they should mix things up a bit and offer a slightly different experience.

With an engaging gameplay experience, nice graphics and chill soundtrack, Stomped! is the game to get if you’re looking for something fun that still challenges you in the way arcade games of old did.

Stomped! is now available on iOS and Android worldwide. The game is a premium release so you will get the full experience by purchasing the game.