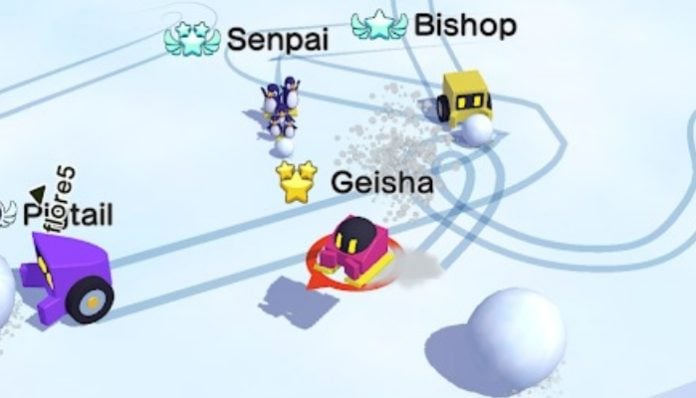 Welcome to the arctic arena! Snowball.io is a new multiplayer game in the ever growing line of .io games. Play as a little robot and roll around your snowball until it is huge, then launch it at people to knock them off the iceberg! Our Snowball.io cheats and tips will show you how to master the snowball mechanics!

Snowball.io is a fun and simple game, and it is incredibly addicting because the games go by really fast, even faster than other .io games. With that said, there is a lot to master here, so let’s get started with our Snowball.io cheats, tips and tricks strategy guide!

Roll your snowball until it’s big!

The more you roll your snowball, the bigger it gets! As you can probably guess, bigger snowballs launch your opponents much farther than smaller snowballs. It is good to spend some time building up a big snowball even if it means letting up on your opponent for a few seconds. The only time you should not do that is when the opponent is close to edge – go in for final hit with one more snowball! 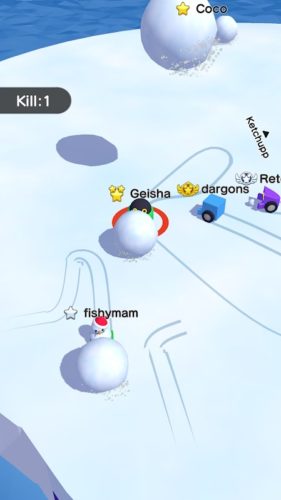 Watch out for the platforms!

Do not just focus on your opponents – make sure you watch the iceberg around you! As you battle your opponents, keep an eye out for flashing red portions of the iceberg. When they start to flash, this means that they are about to break off and sink!

You need to clear the area before this happens, but you can also use this to your advantage! Try to force opponents into the zone that is about to give away.

You have two methods of approach when it comes to offensive options: you can run your snowballs right into enemies, or you can launch them from afar to catch opponents off guard.

To launch a snowball, simply stop moving for a brief second and your robot will roll the snowball forward. This is a great tactic to do when you have a big snowball, as it can force players out of certain areas. 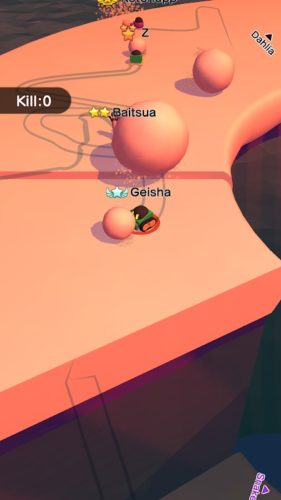 Don’t give up if you are launched!

If you are hit with a snowball, you will be tossed into the air. How far you go depends on the size of the snowball and the size of the robot itself. But, even if you are launched far, do not give up – you can still move while airborne, so if you are fast enough you might be able to make it back onto the iceberg!

Watch out for stray snowballs!

Be careful, as you might end up squished beneath one of them. Although, just like the iceberg breaking, you can use this to your advantage! If you have multiple snowballs bouncing around, it can become too hectic for your opponents, letting you go in for the kill!

That’s all for Snowball.io! If you have any other tips or tricks to share, let us know in the comments below!