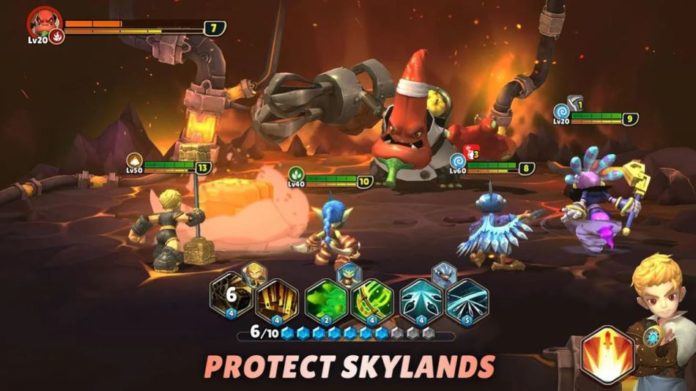 In today’s article we will share with you our picks for the Skylanders: Ring Of Heroes tips and cheats, which are going to show you everything that you need to know in order to build a powerful team and defeat all the enemies you might encounter.

For all of us who love this type of game with everything that they bring along,then you’ll be in for a surprise when you’ll learn that Skylanders: Ring of Heroes has 10 elements that you need to keep track of. But worry not, as we will take care of everything and we are going to let you in on our little tips!

So, if you’re curious to learn what all of those Skylanders: Ring of Heroes tips and tricks are, then let’s not waste another second and dive right into the article! 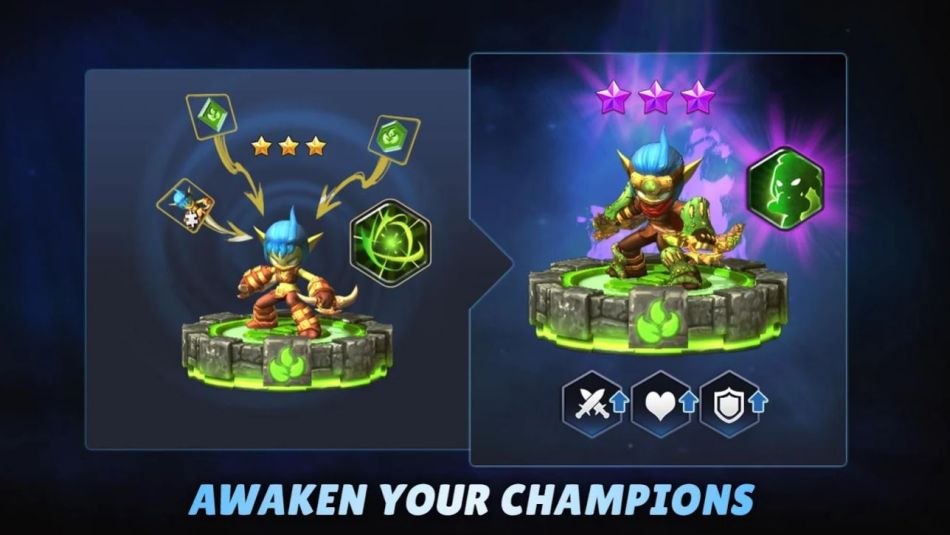 Focus on the early stages

The very early game levels will go pretty smoothly and you’ll be able to collect quite a few goodies. I suggest that you focus on these as they will give you very quickly a couple of heroes which will help you progress in the game.

By upgrading the heroes you get at the beginning, you will clear the first stages relatively quick and thus you will be able to make progress quite fast while also claiming the rewards for each of those stages.

Learn the Elements and use them to your advantage

Like I mentioned in the beginning of this article, there are 10 elements (which you will very likely not encounter often in games). They each have their own strengths and weaknesses, so when you are facing a really strong opponent try and use an element that they are weak against. 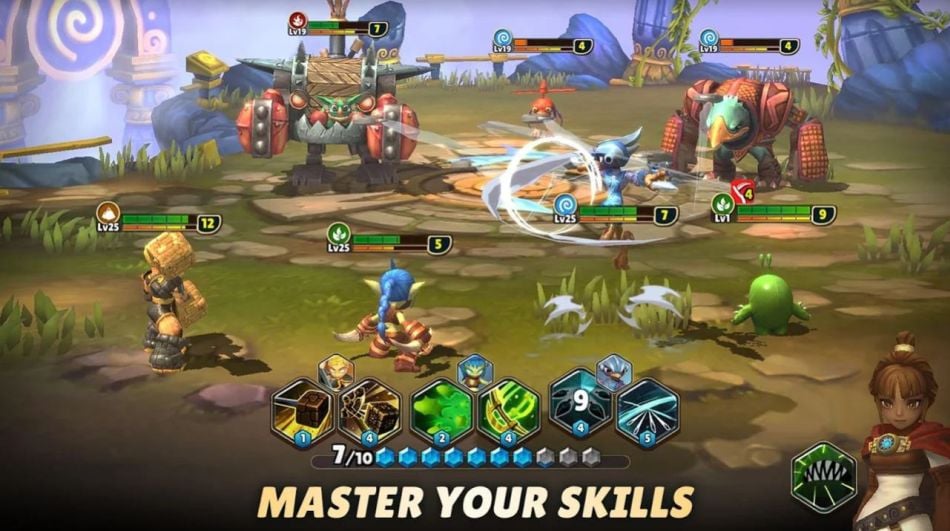 Each of the elements has one that is similar to, and so they could be associated towards the elements that they are weak and strong against.

**Strong against = Damage, Accuracy, Effect Accuracy increased by 20% when attacking

**Weak against = Damage, Accuracy, Effect Accuracy decreased by 20% when being attacked

– strong against: Earth and Life

– weak against: Magic and Fire

– strong against: Tech and Water

– weak against: Undead and Air

– strong against: Magic and Fire

– weak against: Earth and Life

– strong against: Undead and Air

– weak against: Tech and Water

Try using these stats to your advantage, because they can make a big difference depending on the situation.

Learn the skills and queue them accordingly (+ watch out for Mana)

I suggest doing this especially with the debuffs, so for example if you attack an enemy and lower their defense, then quickly after strike with your best attacks, as they will deal more damage.

The same could be used for the heals and other buffs. Just try to test things out and see which combos work best together, and remember all of these combos to use them later on when fighting. 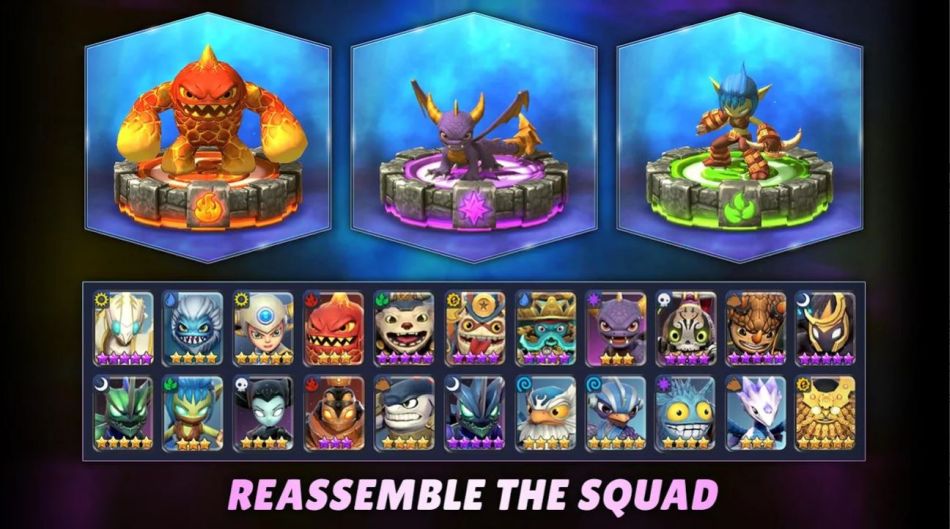 It’s super important that you upgrade your heroes as soon as you can. The game will basically let any hero become powerful, it’s just a matter of time. Since there is a level cap, even if you don’t want to play the game non stop (or simply can’t) then you need to know that you will reach this cap eventually.

Maybe not as fast as someone who invests a lot more time, but with time it will come. Now if you need to upgrade your character, there are several ways you can do it:

– leveling up (but as I said, you might not have the time every single day)

– runes (the most important one)

The very first things you’ll focus on are the levels, but soon after you will get Runes and those runes can be used in several ways, and you can have a maximum of 6 Runes equipped at one time.

It will be a super fun activity to summon all the heroes you want, but it might not be as easy as it seems at start. The game will bait you in with powerful 5 star heroes and such, but it is going to be very tough to get them over and over in order to summon them.

For the super powerful legendary heroes, those 5 star ones, you will need more than for the normal 1, 2 or even 3 star ones. So it will be much more expensive, time consuming and difficult overall to gather them and bring out their full potential. 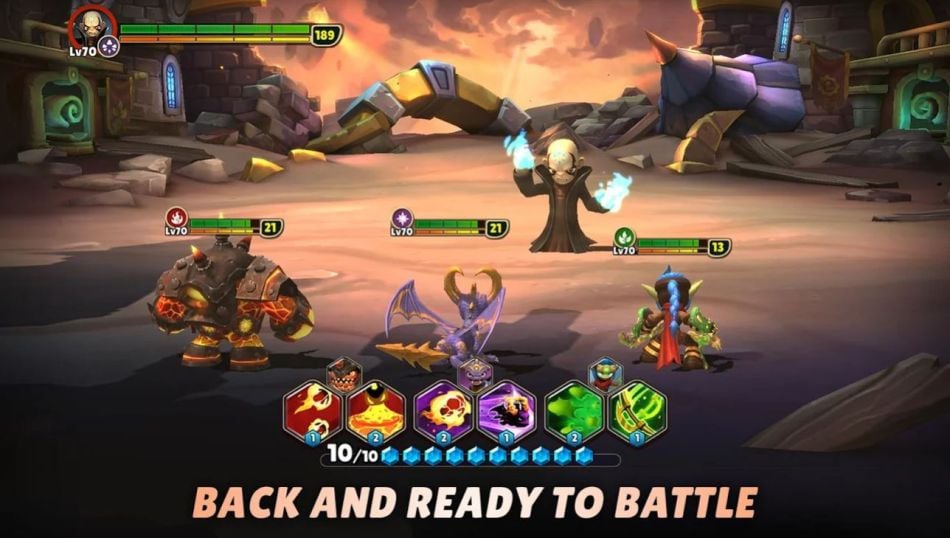 Whereas for the lower heroes, let’s say even for the starter ones, you can simply farm some stages and earn their shards continuously to upgrade them. If you are not really willing to invest money into the game, then this is the solution for you. Even if some heroes are common, don’t immediately assume that they are bad!

Since this is going to be your main source of power for the characters, you can take a look at all of the stats those runes give, and according to the type of Skylander you have, equip the ones which give the right stats.

If your characters will benefit better from increased HP, let’s say for tanking, then you should go for the Energy Rune. If you want to build a strong PvP character, then you can try several quirky stuff, such as some Dodge Runes, which give Evasion.

In order to activate the runes set bonus, you will need to equip 2 or 4. Each of the Runes will display in the green text underneath what the set gives, as follows:

Since you can have fun with those runes, I suggest that you try them all and find some good (at least decent) ones to keep for your main heroes. 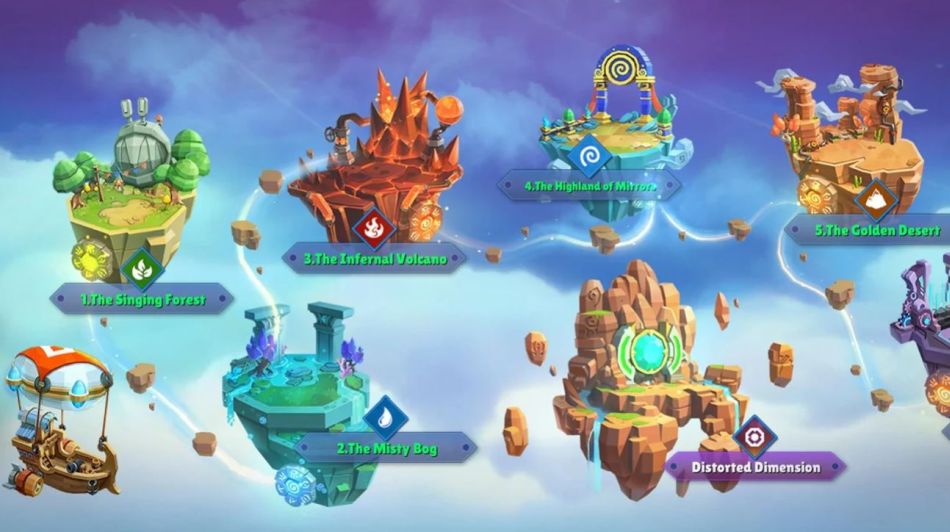 Other tips and tricks for Skylanders: Ring Of Heroes:

– Pay attention to the leader skill. Always pick a leader that is going to benefit the strongest team mates, even if that leader is not so powerful on their own.

– Do the special event summons if you want to spend your Gems for heroes.

– If you want to level up your Skylanders then use the Potions. It’s tough to acquire them, as they require quite a lot of Gold, but if you have some to spare and really want to upgrade the heroes, this is a nice and quick way.

– Build more structures in your town. They will make you more powerful, and it’s also a nice way to decorate around since it’s so empty!

– Take your time to join a good Guild, and stick with it! You can buy Surge Statues from the Guild Store and they will enhance your heroes of the corresponding element (same element as the statue). You can use this to form a powerful team around a few heroes only and boost them with the corresponding statue. 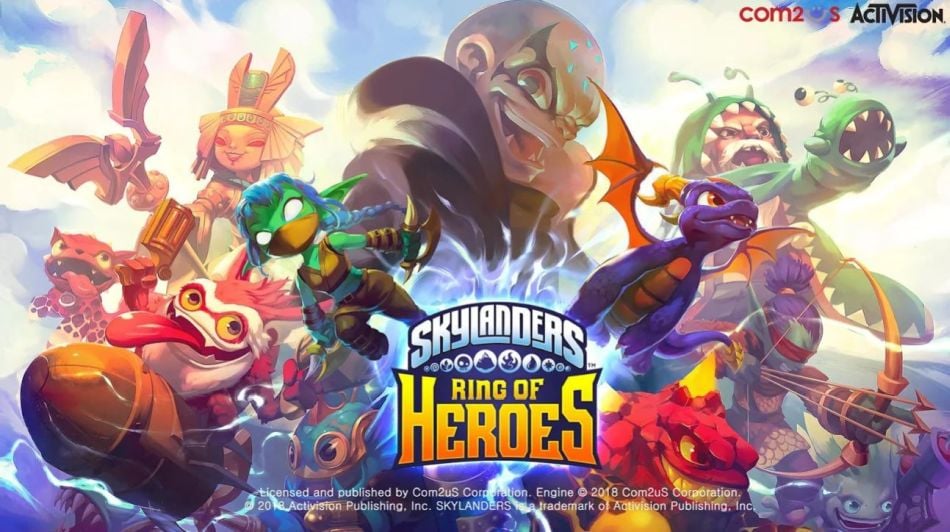 – Always check the Magic Shop for some “mysterious” goodies. They reset every day and you never know when you might find something nice.

These would be all of our Skylanders: Ring of Heroes tips and tricks that we have right now! If you know some other useful tips, feel free to share them with all of us down in the comments below so we can all become more powerful together! 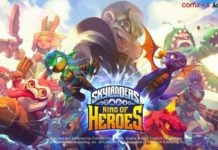 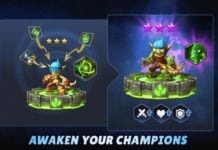 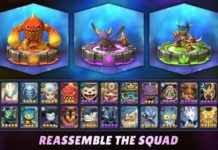 Skylanders: Ring Of Heroes: How To Unlock More Heroes