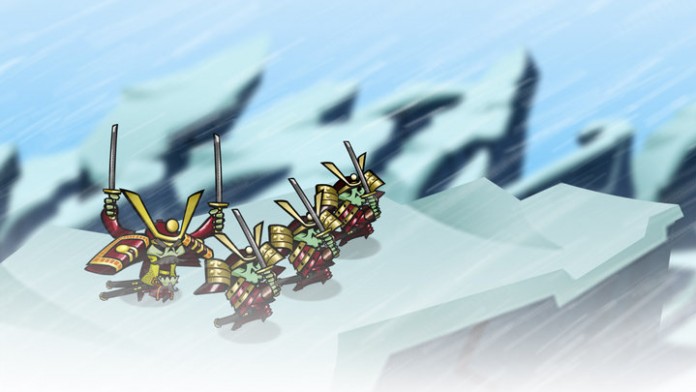 17-Bit’s popular Xbox Live Arcade and Windows PC strategy action title Skulls of the Shogun is now available on iOS devices and iOS players can even play with their PC buddies thanks to the miracle of cross-platform play.

The iOS port includes all of the new content from the game’s “Bone-A-Fide Edition” which was released exclusively through Steam this past July. Logging in with their free Skulls Anywhere account will allow iOS players to play with owners of the Steam Bone-A-Fide Edition of the game.

The Skulls of the Shogun iOS port will run players $4.99 and is compatible with iPad 2, iPad Mini, iPhone 4, 4th generation iPod Touch, and any newer devices. Interested fans can download it now via the iTunes app store.

Skulls Of The Shogun iOS Port Allows For Cross-Platform Play