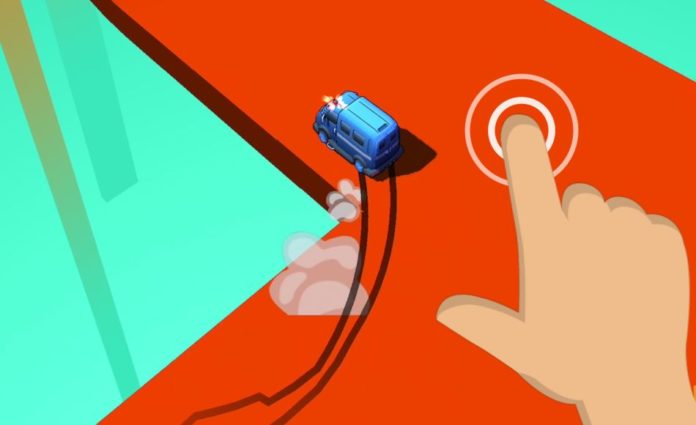 You need highly advanced driving skills if you want to complete all levels and unlock all cars in Skiddy Car, the latest skill driving game by Kwalee. And I’m here to help you get better at the game by sharing some Skiddy Car cheats: tips and tricks in a complete strategy guide.

Although I won’t be able to get you through the stages themselves and you’ll still have to hone up your skills, for everything else that we can talk about, we’ve got you covered. Just expect the game to be just like real life: one that requires a ton of practice!

With these in mind, let’s see what kind of Skiddy Car tips and cheats we have in store for you today.

Take the turns early
This is basically the only real thing that you must master in the game: how to take the turns left and right. If you manage to do this, you’re an ace! But, of course, it’s not as easy as it could. 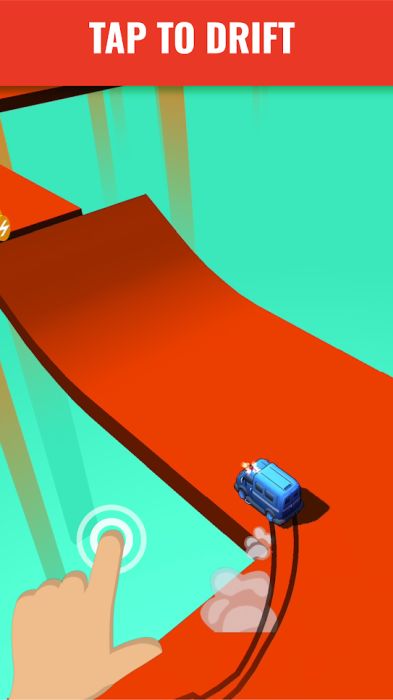 You steer right by tapping and holding the screen, while releasing gets your vehicle steer left. Now, each car needs some time to fully steer to one side or another at that increased speed, so you will have to start tapping the screen (or release) at the right moment: usually, it’s best to do it early rather than too late because if you start steering right too early, you can still raise your finger off the screen and maybe save your vehicle.

But if you start steering too late, there’s nothing you can do than watch your car fall into misery.

Hold on a straight line
The level design is created in such a way that, once you have taken a corner to the left or right, there’s nothing for you to do if you want the car to hold a straight line.

And that’s exactly what you need after taking a turn: either keep your finger pressed on the screen if it was a right turn or keep it lifted if you went left. Once the curb has been dealt with, just go straight!

Go for the coins
If you really want to go for it and test your skills to the maximum, you should try collecting all the coins that you have scattered around each stage. 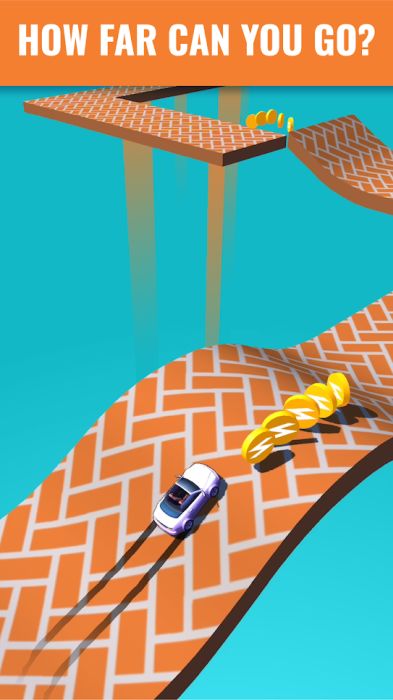 This will require you to go for some extra control of the vehicle and try some more risky maneuvers, but it’s all worth it in the end since it’s the coins that you need to unlock various things in the game. But remember that completing the level will reward you with 100 shinies instantly!

Grab your free prize
Every three hours, the game gives you a really cool prize for free – make sure that you log in often enough to collect as many of those as possible, since they make coin hoarding a breeze.

You can also watch ads to continue driving when your car falls off the track, so there are a bunch of freebies you can take advantage of in the game. Do so when it counts!

Unlock more cars and backgrounds
Skiddy Car actually comes with various vehicles you can unlock and drive for your pleasure, as well as a multitude of backgrounds and designs for your tracks.

These can usually be unlocked by either reaching a specific level or by spending some coins, but they don’t seem to have any actual effect on the gameplay and they’re present in the game for the looks alone. 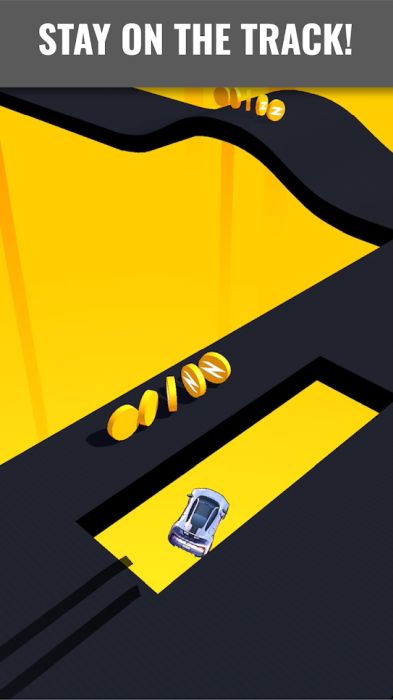 Now, I must say that after unlocking my 4th car (which was the Police vehicle – you can unlock them in any order you want), it seemed that it was easier to handle and driving was smoother. I am not sure if it was the vehicle itself though or just the fact that I was getting better from all that practice.

Stop those ads
I understand that free games need to be monetized because developers have to put some food on the table and there’s no other way for them to make money if it’s free… but the amount of ads Skiddy Car throws at you is frustrating to say the least. I mean, once after each race is way too much and you end up spending more time watching ads instead of playing the game.

If you want to prevent that from happening, you can buy the IAP that removes ads (which is always the recommended method as it supports the developers of the game), but if you really can’t afford it, you can simply turn off the WiFi and/or mobile internet on your device and the ads will not bother you.

Have in mind that if you choose to go this route, you won’t be able watch in-game ads for revives and other goodies either!

That would be it! These are our Skiddy Car tips and tricks, but if you have some additional suggestions to help fellow players, don’t hesitate to let us know by commenting below!