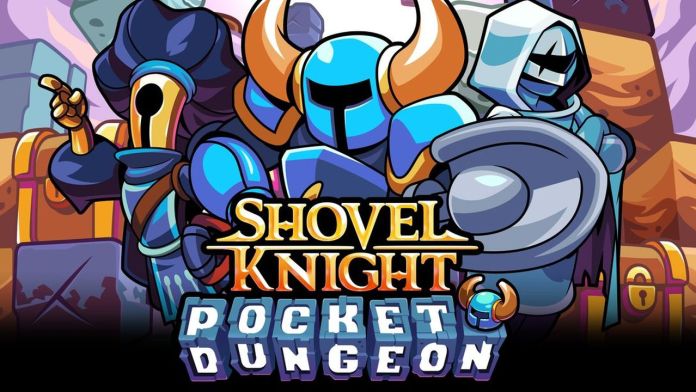 Shovel Knight Pocket Dungeon is yet another amazing addition to the Shovel Knight series, despite it being so different from the original platform game and its expansions.

Even with its obvious gameplay differences, there is one thing that Shovel Knight Pocket Dungeon has in common with its predecessor: its high challenge level. As such, we have put together this guide to help you get started and have more fun with the game right from the get-go!

While Shovel Knight Pocket Dungeon is a puzzle game at heart, many of its mechanics make it feel more like a rogue-lite, especially when it comes to challenge level. As such, if you’re starting out, do not feel afraid of tweaking the difficulty so as to make your first few runs more enjoyable. Playing with infinite lives will help you understand the game’s mechanics without feeling pressured, while other tweaks for Bosses, HP and Attack Damage will let you increase the difficulty slightly the more confident you become.

At the start of the game, you will be able to only control Shovel Knight, but soon enough, you will be able to unlock more characters that come with their own unique traits. As such, your main focus when starting out the game, other than understanding its mechanics, is to go as far as possible in Adventure Mode to unlock these additional characters. Make sure to try them out once you unlock them, you may have found your new main that makes the experience more enjoyable for you.

Sometimes, when destroying blocks during your game, you will discover portals that will let you take part in special events which will reward you handsomely upon completing. These events are:

Getting gems in Shovel Knight is extremely important, and you will want to maximize your collecting rate with the Gem Multiplier, which is the meter found on the bottom of the screen. Filling this meter more and more will increase its rank, unlocking Gem Multipliers up to x4 that will be active for as long as the rank is held. As the Gem Multiplier meter depletes automatically, you will need to play efficiently to keep it up, which is something you will learn to do only after you have spent some time with the game.