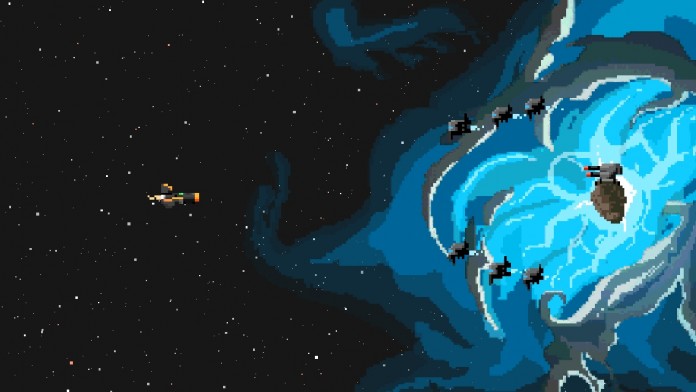 A new fast paced space shooter game is soon going to be released on the App Store, a game where players will have to deal with enemies that become bigger the longer the game goes on.

Supermassive, developed by Pixelnest Studio, makes it clear right from the beginning that things will indeed get massive. During each stage, players will be fighting enemies that will get bigger and stronger until they will have to deal with the strongest and most poweful of all, bosses. During boss battles, Supermassive become a really hectic experience, with the screens getting filled with bullets, lasers and more. Luckily players will get the means to fight these big bosses, thanks to many destructive weapons that will become available right before these fights.

Supermassive isn’t a shooter that will be remembered for its unique features, that’s for sure, as its gameplay experience is clearly inspired by many other games. Still, it looks like it could be a really solid title that can provide hours of fun to iOS gamers.

Supermassive will be released on a yet to be confirmed date on the App Store. We will let you know more about the matter as soon as possible so stay tuned for all the latest news.