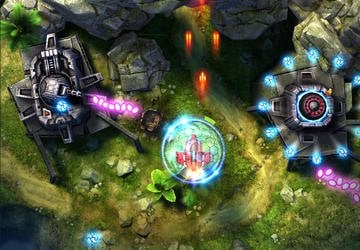 Sky Force 2014, the excellent shooter game developed by Infinite Dreams released a while back on the App Store, has recently received a new update.

The new update, which can now be download for free, includes a new Stage 9 level, a stage that’s will definitely challenge players with more bullets flying all over the screen and enemies to shoot down. Unfortunately the new update doesn’t seem to include anything else. Not that it’s a bad thing, considering how the game has already received plenty of additional content in the past few months.

Sky Force 2014 is the remake of the classic Sky Force, featuring all new graphics and the same challenge level of the original. The game is also remembered for having one of the best IAPs implementation ever, allowing gamers to turn the game into a premium experience by buying a single IAP.

Sky Force 2014 is now available on the App Store for free. If you’re just starting out in the game, you may want to check out our Sky Force 2014 Guide to learn some useful tips and tricks on the shooter game developed by Infinite Dreams.