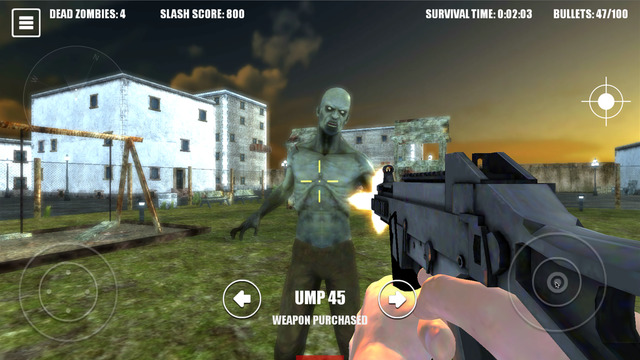 Last month plenty of zombie themed games have been made available on the App Store in time for Halloween. If you haven’t had enough of killing zombies and making sure they don’t come back to life for the third time, you may want to check out a new zombie themed shooter game that has been released on the App Store a few hours ago.

The new game is called Jason vs Zombies 2 and it’s the sequel to the original Jason vs Zombies. The new episode doesn’t seem to be much different from the previous one: players will be controlling main character Jason once again as he deals with a zombie horde that’s out to eat him. As Jason is the only human in the area, only the several different weapons included in the game are what can save Jason from the undead horde. Among the included weapons are those players expect to see in similar games like sniper rifles, a chainsaw, a machete and more. When one has such an arsenal, who needs other humans?

Jason vs Zombies 2 is now available for purchase on the App Store for the price of $1.99.