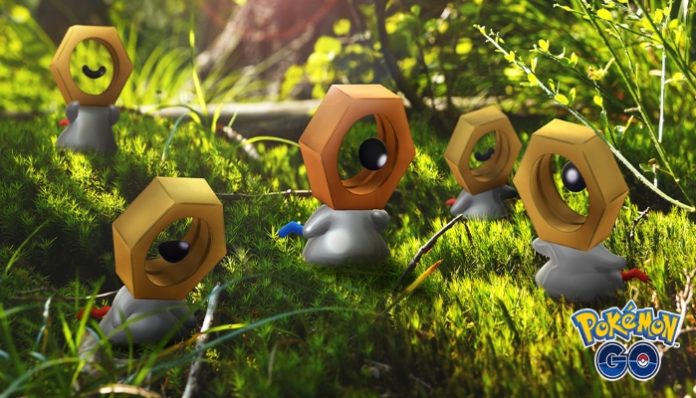 Just in time to celebrate the Lunar New Year, Niantic has revealed some surprising event news for the year of the pig in Pokemon GO! Simply put, the new mysterious metal Pokemon Meltan has a new shiny form!

The shiny version of Meltan has just been discovered, and now trainers have the chance to catch one for themselves during this limited time event. Starting today, February 5 at 1:00 PST going through to March 4, 11:59 PST, players may have a chance to encounter a shiny Meltan upon opening a Mystery Box.

To increase the odds of encountering one, the cooldown between opening Mystery Boxes has been temporarily reduced just for this event. Be sure to get in your Mystery Boxes while you can!

Of course, this event will be happening alongside the original Lunar New Years event. Trainers will be able to find more Rattata, Ekans, Mankey, Ponyta, Electabuzz, Dratini, Mareep, Miltank, Torchic, Poochyena, Spoink, and Buneary in the wild. You might even encounter a shiny Spoink!

As per the norm for special events like this, all catch XP and evolving XP is doubled! Trading Pokemon during this event period will increase the chances of the Pokemon becoming lucky!