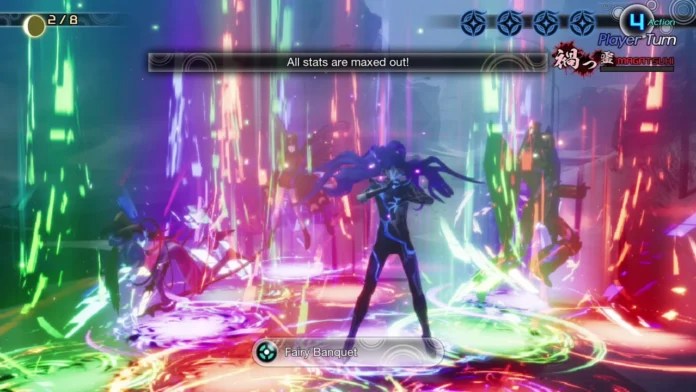 The Shin Megami Tensei series is known for being a hardcore Japanese role-playing game series that challenges players at all times, and Shin Megami Tensei V is no different in this regard, constantly putting players’ skills to the test with its challenging combat encounters.

Thankfully, Shin Megami Tensei V can also be enjoyed by casual players and newcomers to the series thanks to the different difficulty settings. Here’s everything you need to know about them.

Shin Megami Tensei V features four different difficulty settings: Safety, Casual, Normal, and Hard. The chosen difficulty level influences how much damage you receive from enemy attacks and how much damage you deal to enemies. As such, you should pick the difficulty that best suits your knowledge of the series and of role-playing games in general to have a smooth and enjoyable experience.

Safety is the easiest difficulty setting available in the game. At this difficulty, all battles will be a breeze, allowing you to just focus on following the story without having to worry about party composition, Demon Fusion, and so on. Safety difficulty is not available in the base game, as it is unlocked by downloading a free DLC pack that is now available on the Nintendo Switch eShop in all regions.

Casual is a considerable step up over Safety. While enemies don’t hit as hard as they do at Normal and above, you will still have to be careful about the party composition and the weakness system, as the bosses will still put up a challenge and can defeat you if you don’t pay enough attention.

Normal is the standard difficulty setting of Shin Megami Tensei V, and a pretty challenging one, everything considered. Pick this setting if you are a veteran of the series and know all the ins and outs of the Press Turn battle system and the Demon Fusion systems. At this difficulty, you will face plenty of challenges that will constantly put your skills to the test.

Hard is the ultimate difficulty setting and one that should be picked only by the most hardened Shin Megami Tensei veterans. Bosses will always be a challenge, no matter your current level and party composition, and even regular demons will be a threat, especially if they get the advantage on you.

How to Change Difficulty Settings

At the very start of the game, you will be able to pick whichever difficulty you want, but you don’t have to stick with it until the end. To change your difficulty during your playthrough, all you need to do is open the main menu, then go into options and scroll until the very end until you see the difficulty selection option. If you are playing at the Hard difficulty setting and lower your difficulty, you will not be able to set the game at Hard again, so beware.

Given how challenging Shin Megami Tensei V generally is, the option to change difficulties on the fly is extremely welcome. The game’s story and atmosphere are amazing, so it’s only good that players of all skill levels can enjoy them without having to worry about the many challenges the game offers.