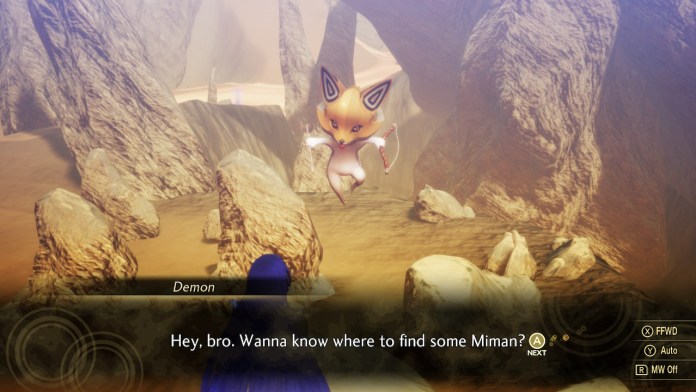 The world of Shin Megami Tensei V is a world filled with all sorts of dangers, but those who decide to brave their fears and explore every corner of Da’at will be rewarded for their courage with a variety of rewards.

Among the optional rewards that are handed out to players who go off the beaten path are those Gustave hands to you once you have found a certain number of Mimans, small demons that have been sent out to collect treasure. Finding all of them can be difficult, but the game provides a way to highlight their locations on the map. All you have to do is give Macca to the Cironnup demons.

Here’s where to find all the Cironnup demons and how much Macca they want for their services.

There are four different Cironnup demons in Shin Megami Tensei V, one for each ward of Da’at – Minato, Shinagawa, Chiyoda, and Taito, so you will have to pay all four of them to know the location of every Miman in the game.

The Cironnup in Minato can be found to the left of the Tokyo Capitol building, in the area shown on the map above. This Cironnup wants 2,500 Macca to show all Mimans in Minato.

The Cironnup in Shinagawa can be found to the northwest of the North Shinagawa Leyline, in the location shown on the map above. This Cironnup wants 10,000 Macca to show the location of all Mimans in the ward.

The Chiyoda Cironnup can be found in the area shown on the map above, to the north of the Otemachi Leyline. You will need to pay the demon 20,000 Macca to get it to highlight all the Mimans of the ward on your map.

The final Cironnup in Taito is found to the west of the Asakusa Leyline, in the location shown on the map above. Getting to this area requires you to do some platforming and navigating some tricky terrain, so beware of demons waiting to ambush you. You will need 40,000 Macca to make the demon show the location of all Mimans in the Taito ward.