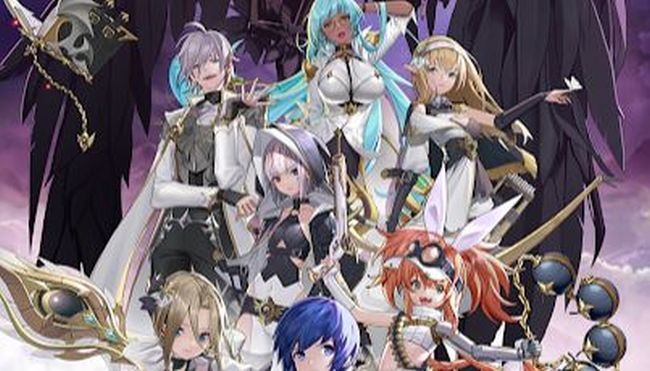 In today’s article we are going to take a look at all of the Shadow Seven tips and cheats that we have gathered so far and share them with you in a complete game guide, so that you can win more matches!

Shadow Seven is a fun and unique card game which takes a new approach to the genre – it’s got a kind of a “chess” or “checkers” kind of game mechanic, so it might take you a couple of test games getting used to it!

But apart from that which makes the game unique, it’s got pretty much all the other elements that make a game very good in my opinion: good anime graphics, a cool gacha system and entertaining characters which have quite a lot of charisma!

So leaving the game’s praising aside, let us dive into the Shadow Seven tips and tricks that we have for you so that you can win more games!

The troops that you have each has a unique pattern which they can use for attacks. Whenever you get a new unit, you should check it out and learn what it is, because that way you will know if it fits with the rest of the cards in your deck or not.

Basically you will want to put your troops in the slots where they have the easiest access to attack the enemy’s strongest units, and the Captain. The best way to position your troops is basically protecting your Captain, while still placing a threat to the enemy’s Captain.

Here are a few of my personal suggestions which I have found that they work for me:

– Have units with high HP and ATK in front of your Captain. Some of those will strike back and tank the incoming attacks from units which can’t attack the back line.

– I suggest having a couple of units which can move around a lot, so that you can use them to quickly block the way of an opponent if necessary.

– Another good way to protect your Captain is to try and keep them in the exact opposite side of the enemy’s ranged units. Try doing that to avoid them hitting the back line – if possible, move them all the time when you see enemies getting in range.

– Use the right Spells, which will help you keep your units alive and destroy the opponent much easier. (but we will detail more about this below)

For now I would suggest that you just try out different units and see which ones work best together in a deck, and use them in such a way that you destroy the opponent before they destroy you.

Check out the cards’ attack pattern

You can see how a card will attack when you head over to your Deck -> tap on a card you want to check out and there you will see on the left the way that they move, in which squares they can attack and so on.

Try to use this when building the deck because otherwise you might end up having some very close range units and that is definitely not ideal if you want to take down the opponents fast.

Make sure you focus the Captain mainly

The Captain is the core of the team – once the captain dies, you will automatically win the game. So try to place most of your attacks on the enemy Captain, because once that one dies, then you win.

Because that is the game’s win condition, you should also try your best to avoid having your Captain in open free fire because then you might be the one losing first. So when you move your units around the board, I suggest that you place them in such a way to have the Captain in range, while keeping yours behind your front liners.

The game has this very nice feature which lets you add other people to your friends list and receive points for both gifting them and getting gifts for them. Basically all you need to do is keep being an “active” friend and no matter if your friends send you or not, you will still be able to claim the Friendship Box.

What is the Friendship Box?

This box contains pretty much everything that you need, all inside one box – Gold, Gems (which is super good especially if you are a f2p player), Promotion Stones, Upgrade Stones and Smelting Stones.

You can open the box by collecting 1000 Friendship Points which are obtained by sending and collecting points from your friends. You can send daily up to 30 gifts, and you can receive 30. But the difference is that you get 20 points for “Sending” gifts and you get 50 for “Receiving” gifts.

So it’s good to just add as many friends as you can and send them daily all 30 points, because some of them will definitely send back. And even if they don’t you will still get points for sending.

Every few hours, check out the Gacha

The game has a pretty unique gacha system. in the way that you don’t spend a lot of currency to get some “random” heroes, but you get 3 heroes which you can buy by using Gold or Gems, or even for free.

I suggest that you always buy the Free cards, because no matter how good or bad they are, they will be worth it. After all, they are free. Other than those, make sure that you buy the ones which you are using when they come even if they cost Gold.

As for the Gems cards, if you are a f2p player then I don’t suggest that you buy them. Instead I think that it’s better as a f2p player to save up Gems and buy Royal Box.

Save up Gems for boxes

A very good way to get some good cards is to get the boxes which cost Gems. The best box is the Royal Box, which costs 1980 Gems and contains 74 cards, and 2 Epic Cards as well as 302 Promotion Stones.

The other boxes are good as well, but don’t spend your Gems for them. It’s better to save them up because it is guaranteed that you get 2 Epic Cards, which is going to make a huge difference in the battles.

After each battle you will receive a chest which contains Coins and many other useful items. Those boxes take time to open, and you can have up to 3 boxes until you reach level 12, when you will unlock the 4th slot.

I suggest that you start opening the chests right away, as the process takes some time and if your slots are all full, all the chests you’d get from battles will get lost.

So my best tip here would be that you start unlocking them with the one that takes the shortest time first, let’s say 15 minutes, then you open the ones which take several hours before you close the game. For example before you go to bed, you can start opening a chest which takes 5-8 hours. That is, because you won’t be playing any games in the meantime so nothing will get lost.

Another box you can claim is the Medal Box which is obtained by getting 5 Medals in battles. You can earn 4 Medal Boxes every day, so make sure that you play enough games to claim all of them because they can be opned instantly, without waiting for any timers.

Put together a good deck

Now I need to mention something about building a good deck. You can have different team configurations, so you can move your units around and place them in such a way that when the game starts, you take your opponent buy surprise.

A good deck should always have some good mercenary units, which are used to take down enemy units and protect your Captain. There are a few Captains you can choose from, and each of them has a different skill. You can read through all of them and depending on what the Captain brings to the table, you can build the other cards around it.

Now about the Spells, you can have many different spells in the deck, but some which are a must in my opinion are:

– Shine (it always helps to have a card which can deal 7 damage to any opponent, because if you leave the enemy Captain with 1 HP and you have 1 HP too, then this might help).

– Burning Light (similar to Shine, but this one also inflicts Stun, so it’s even better).

– Cure (it is good to be able to heal any card because this can turn the battle around).

Do your missions every day

Every single day you can do your daily missions, so try to check them out in the Mission tab on the right side of the screen and complete the Daily Missions every single day. Then there will be the Weekly Missions, which reset every week. Those are slightly more difficult, but if you do your dailies every day, then the weekly missions will come naturally.

There are not too many missions to complete every day, and the rewards are definitely good – so try to focus on these and the daily 4 battle boxes if you have a limited time to play the game.

One more thing worth doing whenever you have some time to play is the Story Mode. Here you will receive chests after each battle which contain various useful goods, from cards to Coins.

You will unlock the Story Mode once you reach level 4, because each of the Story Mode stages has a level requirement. So if you find yourself not being able to progress anymore, you might need to level up more or to get more Feathers (equivalent of Energy or so which is required for progressing through the story).

Watch an ad to get free Gems

As a f2p player you will want to take advantage of this free offer every single day. All that you need to do is watch an advertisement and you will receive 30 Gems for it. This can be done up to 3 times a day, every single day.

Do it whenever you have a couple of minutes to spend because it will definitely be worth it, because if you save up the Gems for several days you will be able to get the Royal Box every couple of weeks.

These would be all of our Shadow Seven tips and tricks that we have for you right now. Do you know some more useful game tips and strategies that you would like to share with us and the other players? Feel free to leave them down in the comments section below!