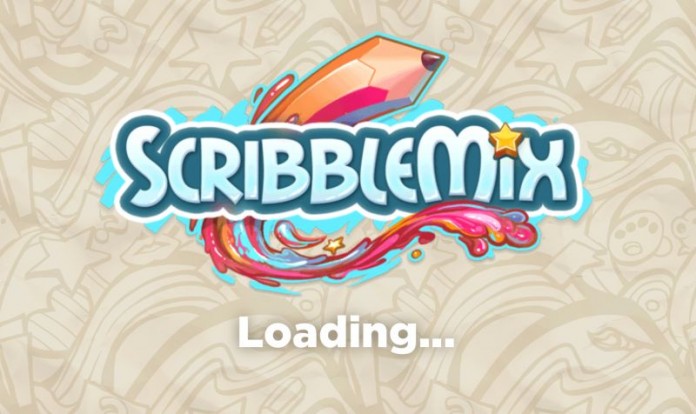 Part of Disney’s effort of getting the most out of the Monsters Inc brand is ScribbleMix, a Draw Something clone with some interesting new elements, nicely integrated into a genre where there’s not enough room for a ton of ingenuity. But following the launch of the pretty poor Monsters University game, ScribbleMix comes like a breath of fresh air.

Fully titled ScribbleMix: Monsters University Pack Free (right now because, duuh, it’s offering the pack for free), the game is exactly what I said it is: a Draw Something type of game, where you and other real players are paired together and tasked to draw all sorts of zany things, the goal being to create a solid enough drawing so that the other person guesses what you have drawn so that you both can reap on the rewards.

Unlike draw something, you will get to draw some kind of a phrase in ScribbleMix, a crazy association like Hulk Hogan boxing with a bear in a tree or robot jumping on a volcano and so on. If you don’t like the zany associations, you can spend some of your hard earned coins to roll again but personally I never did that because I’m always up for a challenge. Or so I hope…

There’s a lot of waiting involved because once you have sent your drawing, you are no longer in control and the other player (which can be either one of your friends or somebody randomly selected by the game) might or might not answer. They usually do answer and the level of skill is, like it was the situation of Draw Something, from kindergarten lines to real works of art, depending on your luck. 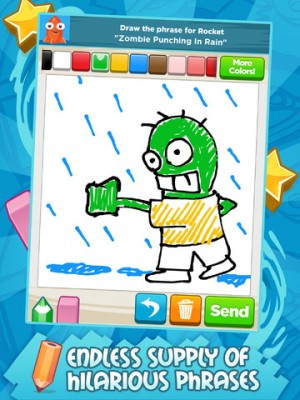 Each time you guess the words drawn by the other player, you earn a bunch of stars, stars that help you progress through levels and unlock gems aka the premium currency in the game which can be used to choose a preferred category for your drawing. You can also visit the shop and unlock new categories, like the Monsters University Pack or other Disney movies. Even if you don’t, there is a fair share of words to draw, but usually the rewards are higher if you go for the special categories.

Although there is nothing to complain about ScribbleMix except for the long time required by the other players to answer (which is not Disney’s fault) and despite the small additions to the genre like the phrases and the animated progression through the levels, this game still is, more or less, Draw Something and Draw Something is no longer as popular as it used to be. I doubt that ScribbleMix might revive the genre, but I am sure that it can offer a fresh breath of air to Draw Something fans with some really zany things to draw!

And since the game is available as a free download, we should not complain too much and go on and give it a try! 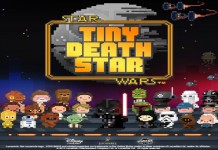 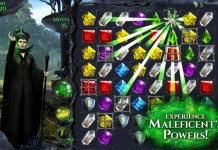 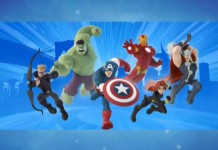