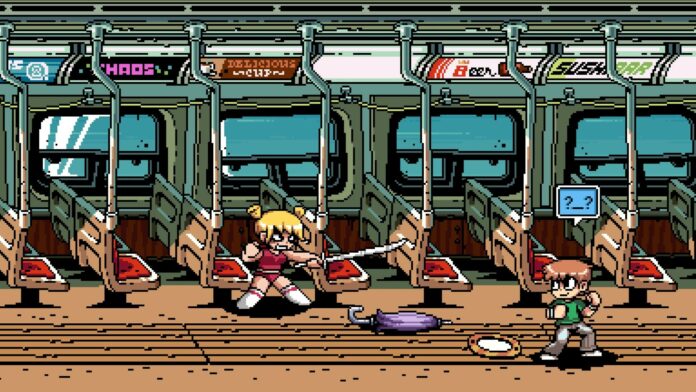 Scott Pilgrim vs. The World: The Game Complete Edition features different playable characters that come with their own unique special moves that differentiate them from one another, but these special moves aren’t the only moves each character can learn as they level up.

A selection of special moves and techniques becomes available to each character at certain levels, and by combining these moves with the characters’ unique techniques, you can unleash some unique combos that cannot be performed by any other character.

So, what are the Scott Pilgrim vs. The World: The Game Complete Edition general moves that all characters can learn? Let us find out.

The Dash Attack is performed by running and hitting either light or heavy attack. The light version is a fast sliding attack, while the heavy version is a stronger attack that knocks enemies down.

Back attack is performed by pressing either light or heavy attack when the enemy is behind your character. This attack makes it easier to keep the combo going with the right positioning.

The counter is performed by pressing the block button right before the enemy hit connects. The counter attack makes the enemy fly, making it possible to follow up with a combo with the right positioning.

The low attack, performed by pressing down and light attack, can also hit enemies on the ground. A great combo finisher.

This powerful throw, performed by pressing forward and heavy attack, can be used to throw any enemy. A great move to open up enemies that block often.

The missile throw lets you launch objects with more strngth by pressing heavy attack while running. Good move to control space and hit enemies from afar.

The grapple combo lets you unleash a special grapple attack by pressing forward and light attack. Another great way to dispatch of blockers.

The double attack increases the damage of light attacks without interrupting the combo. It can be used by pressing light and heavy attacks simultaneously.

The evade rolling move, performed by pressing a directional button while blocking, lets you roll away from damage. This move has invincibility, so it is a great way to get out danger.

The Head Stomp is an aerial heavy attack that is quite effective, as most enemies will be caught unaware. It also sets up combos, so it is always a solid choice against all kinds of enemies.

The ground and pound is a powerful attack that deals tons of damage. It is performed by pressing down and heavy attack

The spin attack is performed by simply jumping, and it is very, very effective, as it is easy to link any sort of attack to it, setting up some cool air to ground combos as well.

The grand slam attack is a very powerful attack that is performed with the light attack while holding a weapon. Extremely powerful near walls, but low combo potential.

The air recover, performed by pressing any button after getting knocked in the air, allows any character to recover quickly, preventing damage.

Different for each character.