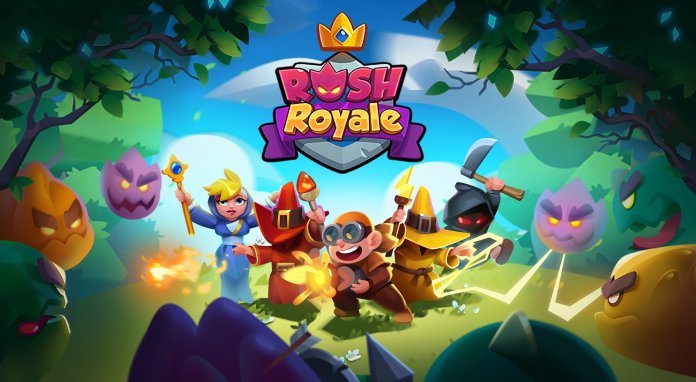 Every Rush Royale player wants to climb as high as possible on the leaderboard. To do this, you need to be well versed in all aspects of the game, from the battle itself to creating a deck. Building a deck may seem like a fairly simple step, but here, in fact, are many nuances that must be taken into account. For example, it’s worth knowing which cards are worth spending time improving and which aren’t, and the like. In this Rush Royale PVP (arena) guide, we’ll take a look at how to create decks that will help you to destroy your opponents.

Deck building in Rush Royale differs from other card games primarily in that you need to consider the genre of the game – tower defense. Even if you go online and copy meta decks, you will be missing out on how these decks work and why. This is why we need to understand the basics of deck building and the ideas behind them. So today we will focus on the basic principles of building the best decks in Rush Royale.

Each unit plays a specific role in battle. Based on this, it is logical to assume that a variety of squads will benefit your game, but it is worth keeping a balance in this matter.

Many players strive for high damage numbers but forget about the benefits of negative effects and support units, which can significantly help during the game. This also works in the opposite direction: if you don’t pay any attention to the damage, then no debuffs will help you to win.

The usual option is 1 debuff, 1 support, and 3 damage units for the deck. This keeps damage at an acceptable level while playing with support and debuffs is much easier. Depending on the map and damage, players are free to replace a damage unit with a special unit or a summon unit if they deal enough damage to the enemy.

No less important than the distribution of roles in the team are the stats of your units. It may happen that a squad member does not have enough stats in order to take part in the match. It is also worth remembering the damage that your units do. Sometimes, normal damage may not be enough to quickly destroy enemies, especially at moments when bosses and mini-bosses are coming in waves.

It is worth knowing how to calculate the DPS of the characters. To do this, you need to take into account such characteristics as attack speed and attack damage. The shorter the interval time, the faster the character attacks.

The next important step is to learn the abilities of your characters. Using a certain skill at a certain moment can turn the game over in your favor, so it’s worth taking the time to figure out the intricacies of using this or that skill.

After building your deck, it’s important to upgrade your cards on time. If you do not do this regularly, a situation may arise when in battle you realize that you are losing due to the weak members of the squad.

It is worth choosing the cards for upgrading wisely. There are not so many resources that are given to you a battle. Therefore, you cannot afford yourself upgrade the cards that you never use.

Upgrades require shards and coins. Shards can be obtained from the store or after opening chests. Players receive a very limited number of coins, so you will not be able to buy whatever you want if you don’t pay real money. The best way to farm the shards is to watch advertisements in the store. This will help you develop the cards you want.

Every week in the game, a random faction bonus is assigned, which gives different bonuses to certain units. These blessings are different: from extremely useful to extremely useless. It makes sense to change your decks depending on the blessings of the week because the bonuses can be so cool that without them you will be destroyed. You just need to look at the beginning of the week what blessings are in effect now, in order to be aware of and be able to calculate how it will be more profitable for you.

Heroes play a big role in Rush Royale mainly because of their cool abilities. There are four heroes in total. Each has a unique ability that allows you to control the wave in your favor.

These are the hardest cards to get, as they only drop from random chests. It takes a lot of shards to unlock and level up the hero, but if you know how to use it, you will not regret it.

That’s all we can tell you about PVP decks in Rush Royale. Let us know in the comments what your favorite best decks are!