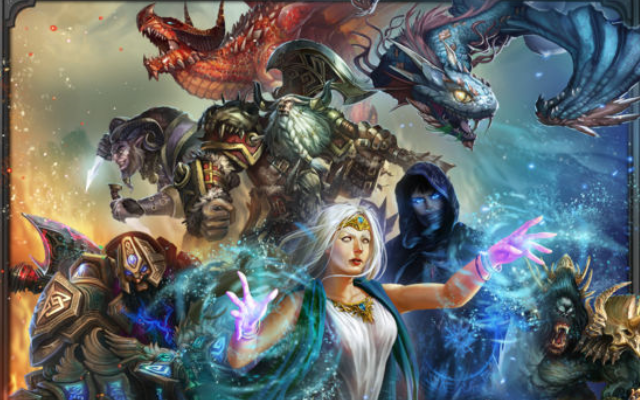 Runewards is a simplified fast-paced trading card game based on games like Hearthstone. In this magical fantasy themed world, you’ll call upon the powers of forest spirits, noble knights, creatures from the void, and more crazy imaginative locations as you fight to see who has the highest power level! Our Runewards cheats and tips will get you started off on a good note, so here we go!

Runewards is a fun and strategic game with a surprising amount of depth, but we can expect no less from a game inspired by Hearthstone! Let’s get started with our Runewards cheats, tips and tricks strategy guide!

Don’t play everything all at once!

It’s very important to keep in mind that you draw new cards from your deck at a very slow – but steady – rate. Knowing that, you should also know not to blow all of your powerful cards all at once, say, during the first round. This will leave you completely vulnerable during the second round where you’ll have no cards remaining to defend yourself with!

The key to this is to think carefully about what your next play is going to be like. Don’t just randomly pick the card that has highest power in your hand! Instead, look to see if it has any special effects that can synergize with any cards you have on the battlefield.

Quests can be viewed on the main menu by tapping the button at the top right corner of the screen. Completing a quest will net you a nice amount of gold. You need lots – and we mean LOTS – of gold to buy the chests with new cards in them.

The more expensive chests contain better cards, and you want to save up for those. The Ancient Chest is the most expensive one clocking in at 1,000 gold, but it’s guaranteed to have at least one mythical card, the highest rarity.

Experiment with your deck!

Runewards takes a lot of inspiration from Blizzard’s popular Hearthstone trading card game, and like that game it’s all about experimenting and finding the deck that just “clicks” with you. There’s an endless amount of combinations and setups that you can use; you just need to find the right one for your playstyle.

– There are a lot of cards that deal with Territories. Territories, as you learned in the tutorial, are the three rows on your side of the battlefield separating strength, agility, and intelligence cards.

Certain cards and move cards around territories, like the Teleport card. Other cards grant territory bonuses, like The Sentinel which grants all allies in the same territory +2 power. Building a deck around territory effect is all about controlling the flow of the match and dictating where – even your opponent’s – cards go

– Reaction cards are for the more clever players. Reaction cards deal with predicting and sometimes making educated guesses about what your opponent is going to do next and countering accordingly.

There are a lot of cards that have effects like this, such as the Mageslayer who goes from a 1-power card to a 5-power card plus immunity if your opponent has a spell card in their hand. The Naturesmith card gains +4 power every time your opponent draws a card. There’s lots of good stuff here!

– Active decks allow you to take control of the battlefield by directly assaulting your opponent and their cards. Spell Cards are the obvious powerhouses here, as they allow you to immediately affect the battlefield in some way. Cards like Tremor and Powerlust let you reduce specific card powers, and there are sneaky cards like Cycle of Death which outright destroy cards.

This is just a small sample of possible deck setups. Here’s a good habit to keep in mind: try to keep track of what cards do what, and you’ll be able to think up new combos on the fly by trying out new cards.

Once you’ve gotten a good read on your opponent, it’s time to make your move. When the round is about to end, play your cards right and you’ll end up with a power move that trumps your opponent. Remember to always keep an eye on the power levels so that your opponent doesn’t sneak past you.

That’s all for Runewards! If you’ve got any other tips or tricks to share, let us know in the comments below!