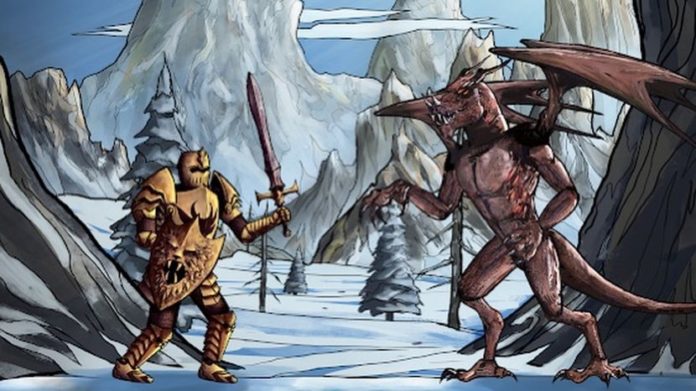 RPGs are great games to play on the go, as controls are simple enough for touch screen devices. Some games, however, go the extra mile to take advantage of the touch screen, creating experiences that are not possible on PC and consoles.

Among these games is The Elder’s Quest, a new RPG launching this Spring on iOS and Android which will bring some interesting tweaks to a classic turn-based combat system.

In The Elder’s Quest, players will take control of their character as he travels all over the world, represented by a grid. Each panel comes with a different event like meeting a merchant, finding treasure and battling enemies.

Combat will be the true star of the show in The Elder’s Quest. Players will be able to perform light and heavy attacks by tapping or holding the screen, and doing things with the right timing will allow them to perform more damaging combos. Defense also takes advantage of touch controls, with players having the ability to raise their shield and more by tapping the screen properly.

With a unique twist on the classic turn-based combat system seen in a lot of other games and a very humorous story, The Elder’s Quest has the chance to become one of the best RPGs releasing this year on iOS and Android.

The Elder’s Quest launches this Spring globally on the App Store and Google Play Store.

RPG The Elder’s Quest Launches This Spring on iOS, Android