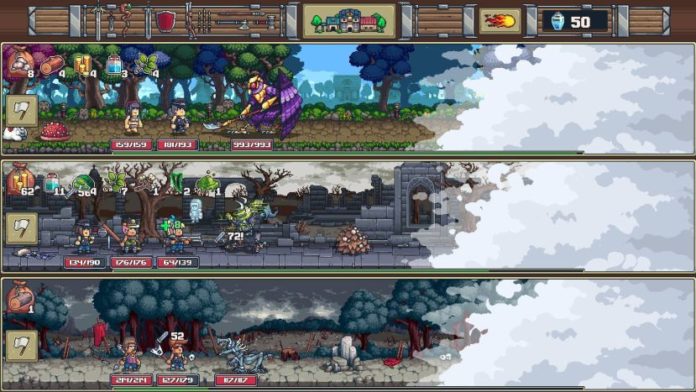 Role-playing games are among the most popular genres around and it is easy to understand why, as there is no one that does not like going on grand adventures to save the world. Sometimes, however, RPGs tend to take themselves way too seriously, and something a little more light-hearted is needed. If you are among those who want to play a fun RPG on the go, you will be happy to know that Swag and Sorcery will be released on the App Store early next month.

Swag and Sorcery is a very fun role-playing game that tasks players with building their own village and prepare adventurers before they can travel the land in search of treasure, or rather, swag.

The gameplay loop is rather simple. Once the village has been created and the adventurers equipped with all sorts of items, ranging from your typical medieval equipment to something a little more wacky like rifles and guitars, players can sit back and wait for the adventurers to come back with the loot. If the adventurers are having trouble, players can intervene using any of the magic spells they have learned.

Swag and Sorcery is not among the most complicated RPGs around, but it is definitely a very fun game to be enjoyed on the go.

Swag and Sorcery launches on the App Store on January 2nd.

RPG Swag and Sorcery Launches Next Month On The App Store