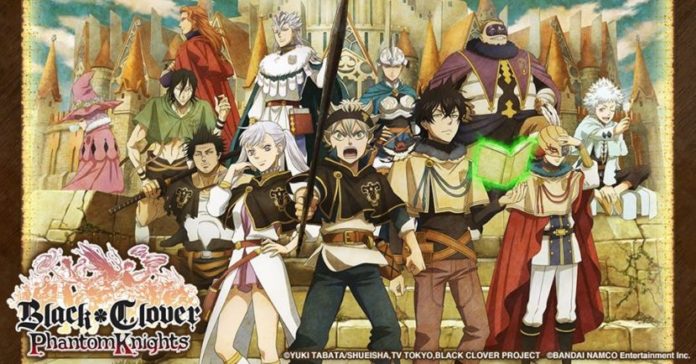 Black Clover is a relatively recent manga and anime series, and so hasn0’t received the same amount of video game adaptations as others like Naruto, Dragon Ball, and One Piece. Things are changing rapidly, however, and the first mobile game based on the series will be released next year on iOS and Android.

Black Clover Phantom Knights is a strategic role-playing game where players will be able to assemble their own team with characters who have appeared throughout the series. All characters will come with their unique abilities and traits which will make them more useful in certain situations. Being a free to play game, it is highly likely that there will be gatcha mechanics, so we should expect to see different rarity types and so on.

Black Clover Phantom Knights will also feature an all-original story as well as a new character called Jien, who has been created specifically for the game.

The battle system will be similar to the one seen in other strategic RPGs. Players will be able to put their characters in formation, and their traits will determine how useful they are in any specific position. An auto-battle mode will also be present if players want to let the AI take care of things.

Black Clover Phantom Knights will be released on iOS and Android next year. Pre-registrations are now live on both the App Store and Google Play Store.